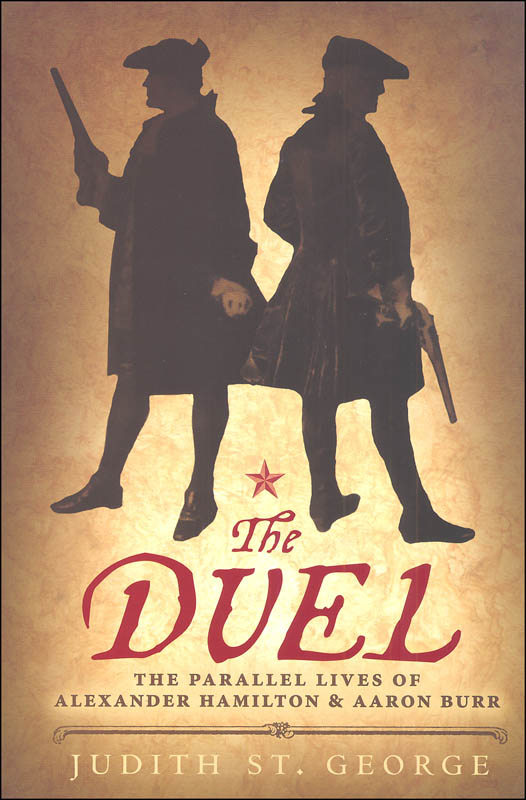 Coming from two completely different family backgrounds, Alexander Hamilton and Aaron Burr surprisingly had very much in common with their upbringing. In addition to how they were raised, they also were both very talented, educated, strong, and stubborn individuals. Despite the odds each of them faced, they became great military and political men. After Burr is publicly humiliated by Hamilton, Burr challenges him to a duel. Though banned from practice, duels were still commonly practiced between military generals. Who will win? Who will survive? Read this very descriptive and history-filled book to re-live a glimpse from the past. 99 pgs, pb.

Learn more about the men who inspired Hamilton: The Musical in this fascinating look at the historical friends turned revolutionary rivals!

In curiously parallel lives, Alexander Hamilton and Aaron Burr were both orphaned at an early age. Both were brilliant students who attended college one at Princeton, the other at Columbia and studied law. Both were young staff officers under General George Washington, and both became war heroes. Politics beckoned them, and each served in the newly formed government of the fledgling nation. Why, then, did these two face each other at dawn in a duel that ended with death for one and harsh criticism for the other?