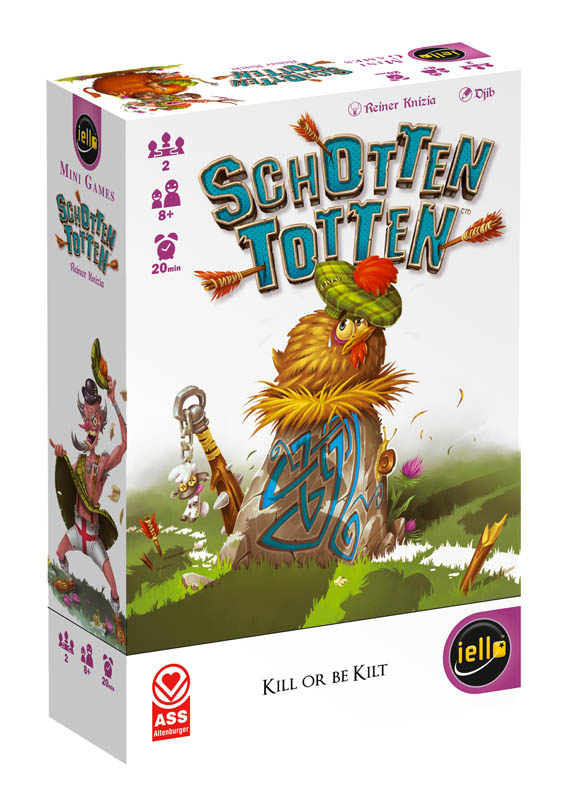 You are a Scottish clan leader, and the winter snows have melted, leaving the ground soft beneath the stones marking your clan's territory. Soft enough, perhaps, to roll into your neighbor's property and expand your own? In Schotten Totten (Scottish Skirmish), players attempt to win a majority of the 9 territory stones by playing cards, one at a time, in front of stones. The deck is composed of 54 cards: 9 numbers in 6 colors. Once a set of 3 cards have been played on each side of a given stone, the cards are compared and the higher-ranking set (based on rarity) wins the stone. Since cards are played one at a time, and players only hold 6 cards at a time, it's difficult to plan far ahead. This leads to quite a bit of tension and bluffing; if you play too many strong suits, your opponent will act accordingly and counter with weak, throwaway cards. If you try and balance, your opponent may win key stones you had counted on! The game can be won by either taking a 5 stones total or 3 adjacent stones. Hilarious illustrations top off the theme of this 20-minute card game. Great for competitive Scots young and old!

Expanding the village by pushing the border stones over a few feet... That's anidea that seems to have struck your neighbor too, but you can't let him continue. Supported by your clan, throw yourself into a topsy-turvy struggle to take control of the border!

Create the best combat formations using combinations of colors, numbers, or both to defend your village. The player with the strongest combination moves the border Stone moved into the opposing camp... Be watchful of your opponent's tactics, for the first player with three adjacent Stones pushed over will claim victory for their village!

Experienced players can also spice things up by adding Tactic cards to their game, which borrow special abilities of members outside the clan for more head-spinning strategy.

Schotten Totten is a clever, tactical, and unique card game that combines a charming universe and an original battle system. 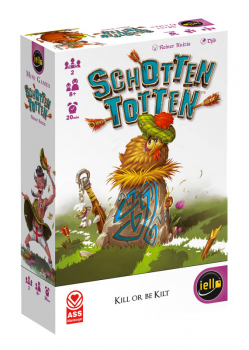