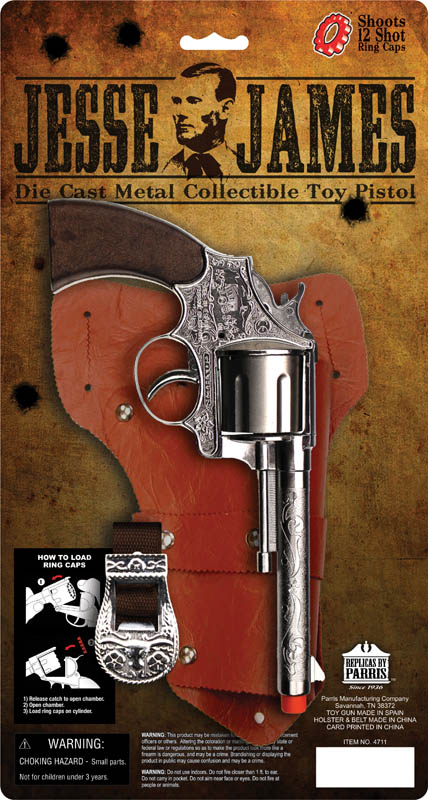 Inspired by the notorious outlaw himself, this die-cast metal pistol will inspire fear in the stoutest of lawmen. Includes a vinyl holster with a belt; fires 12 shot ring caps. Measures 8 ¼" long. Uses 12 Shot Ring Caps. 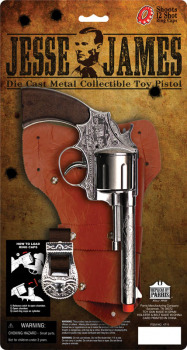