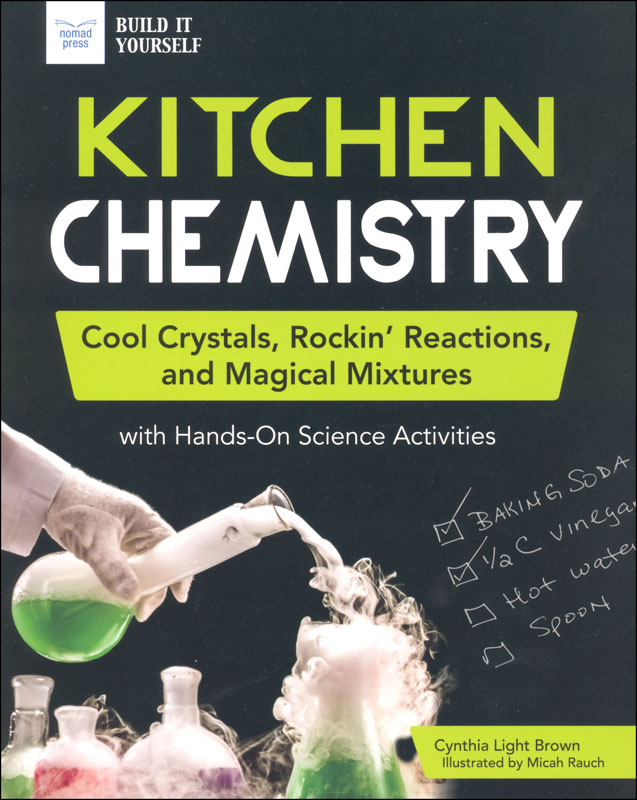 Amazing Kitchen Chemistry Projects You Can Build Yourself

What do oobleck, invisible ink, and ice cream all have in common? Hmm besides the fact that they have universal appeal with youngsters, they are also all examples of fun ways you can explore chemistry in the kitchen! This activity book features plenty of fun chemistry-based experiments that you can build er, "mix" up in your kitchen to demonstrate chemistry concepts. Ten chapters cover atoms and molecules, mixtures, reactions, acids and bases, solids, liquids, gases, changing states of matter, polymers and water. Each chapter begins with some basic information about the topic, written in an informal, straightforward manner that even non-chemistry students can understand. The projects are found at the end of each short chapter. Most of them really CAN be done in your kitchen with basic household materials, except for the ever-popular "diet cola and mint explosion" experiment that you will probably want to perform outdoors. Although many of the experiments are tried-and-true "classics," such as making a baking-soda and vinegar volcano, pulling a soft-boiled egg into a jar opening smaller than the egg, and layering liquids of different densities, they are presented in an entertaining way mixed in with some high-interest stories about science in action. I definitely enjoyed the story of how scientists eventually tracked down the source of the neurotoxin that killed thousands of birds in 1961 and inspired Hitchcock's movie The Birds. Fascinating! 122 pgs, pb. Jess 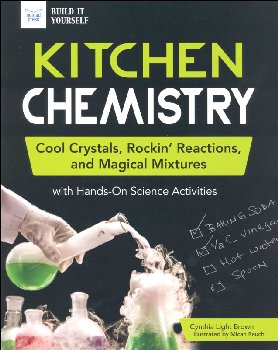