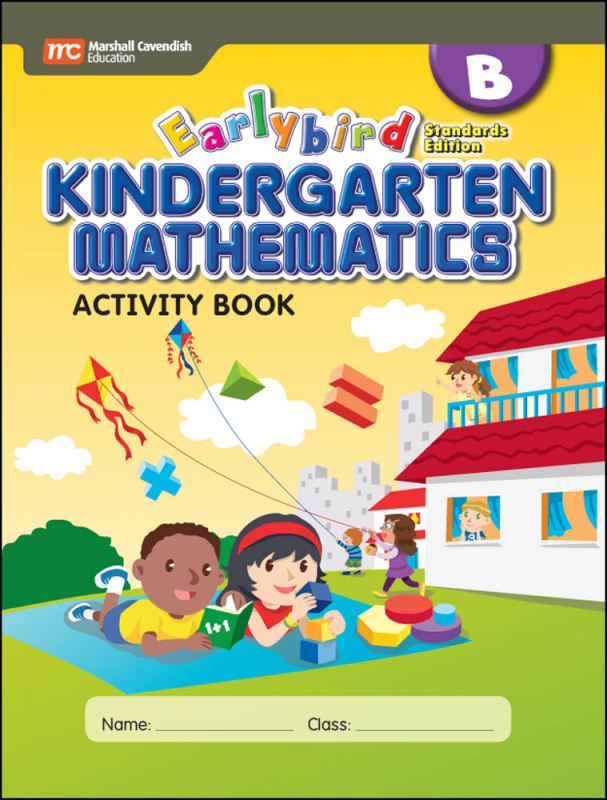 Category Description for Earlybird Kindergarten Math Standards Edition:
Earlybird Kindergarten Math Standards Edition is a comprehensive, activity-based program designed to provide kindergarten students with a strong foundation in mathematics. Aligned with the Framework for California Schools, the program aims to prepare young students for subsequent stages of mathematical thinking. In the Textbook (consumable) , mathematical concepts are developed in a systematic, engaging, fun, hands-on way with meaningful activities and attractive illustrations. Teaching notes can be found at the bottom of the student pages in both the text and activity books. New mathematical concepts are introduced and build on concepts already taught and mastered, review pages assess the students’ mastery of learning objectives, and structured activities help to consolidate the mathematical concepts taught. Activity Books follow the teaching sequence in the textbook and are designed to be used with the (now out of print) Math Readers which feature rhymes and stories. Both the activity books and readers are optional.
Category Description for Singapore Math Programs:

Earlybird Kindergarten Math Standards Edition Teacher's Guide B
BEST ANSWER: Here is the list of manipulatives for the EarlyBird Kindergarten workbooks. There is not a kit. 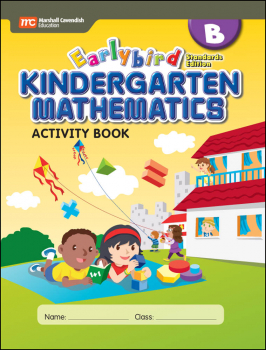