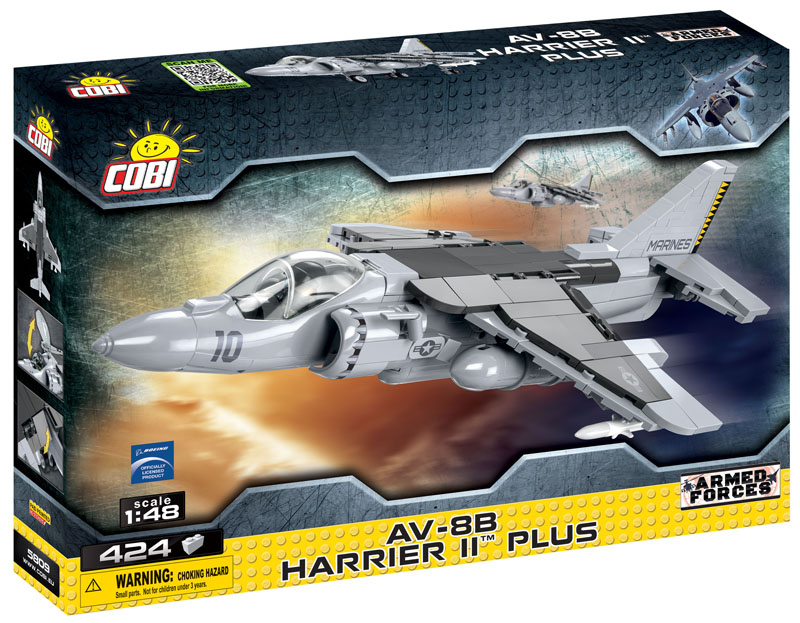 The AV-8B Harrier II is a US-British reconnaissance and close support aircraft produced since 1983. The plane has the unusual ability of short take-off and landings. However, it is the ability of vertical take-off and landing that makes this plane truly unique and capable of operating in various conditions. The Harrier II is the US-developed modernized version of the Hawker Siddeley Harrier aircraft. Currently in use are the American AV-8B Harrier II and AV-8B + Harrier II Plus and the British versions of Harrier GR.5, Harrier GR.7 and GR.9 produced under license. The AV-8B Harrier II model was designed entirely of COBI construction blocks. The use of 410 elements make it possible to faithfully recreate the characteristic shape of the aircraft in a 1:48 scale model. The model has been covered with high-quality prints that do not wear off even during intensive use. The plane is equipped with an opening cabin, movable rudders and ailerons. The model looks even better thanks to an elegant display stand with a plate containing the aircraft name. This licensed set is certainly a great gift idea for everyone, regardless of the age of the fan of aviation and military history. It looks great in an elegant study as well as in a teenager's room.

The Armed Forces sets feature vehicles which have been created in more recent years, created for war combat and transportation of troops. Each set includes one or more characters which match the theme and ranking of the vehicle. Also available are sets with just figures.

Primary Subject
Games, Puzzles & Toys
Grade Start
2
Grade End
AD
EAN
5902251058098
Format
Other
Brand Name
COBI
Weight
1.4 (lbs.)
Dimensions
11.0" x 15.75" x 2.38"
Powered by TurnTo
Questions that need answers | My Posts
Start typing your question and we'll check if it was already asked and answered. Learn More
Do not include HTML, links, references to other stores, pricing or contact info.
My question is about: 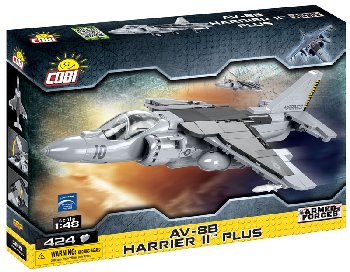