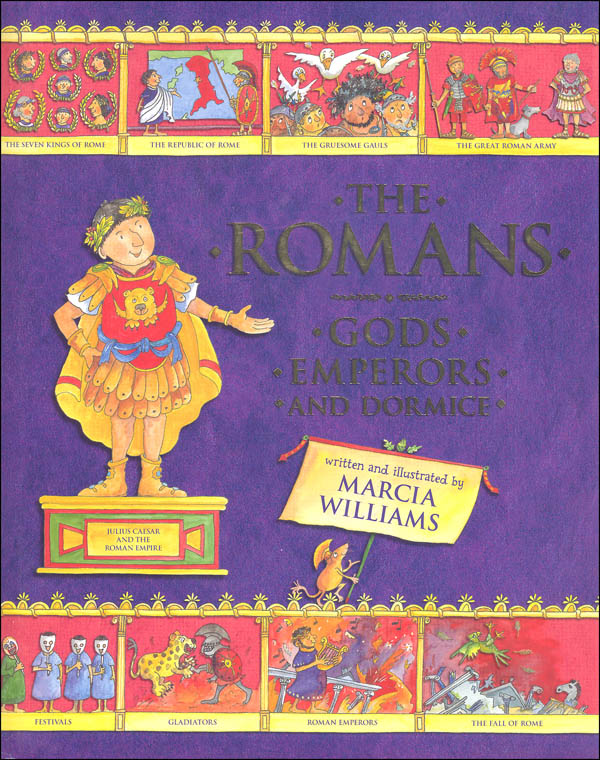 This clever book by Marcia Williams provides what is possibly the most entertaining way to learn Roman history. The stories of the rise and fall of the Roman Empire are told through goofy comic strips that are as humorous as they are educational. Dormeo, a gladiator and dormouse, and his mischievous friends guide you as you learn about roman gods and goddesses, the history of Rome, and daily life in the Roman Empire. 36 pgs, sc. ~ Rachel E.

Meet Dormeo: gladiator, dormouse, berry-nibbler, and guide to ancient Rome. He's about to lead a tour from the temperamental gods and goddesses of Mount Olympus to the birth of the Roman Republic and the death of Julius Caesar. On the way are glimpses of life as a Roman citizen, from families to festivals, gladiators to guards, as well as a look at some of Rome's best-known emperors (good and not so good). Packed with fascinating information, this graphic storybook is a young reader's ideal introduction to the rise and fall of the Roman Empire. 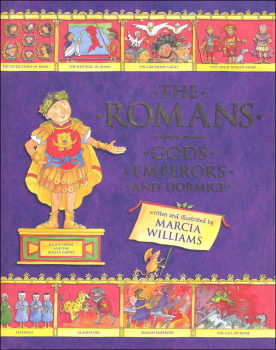