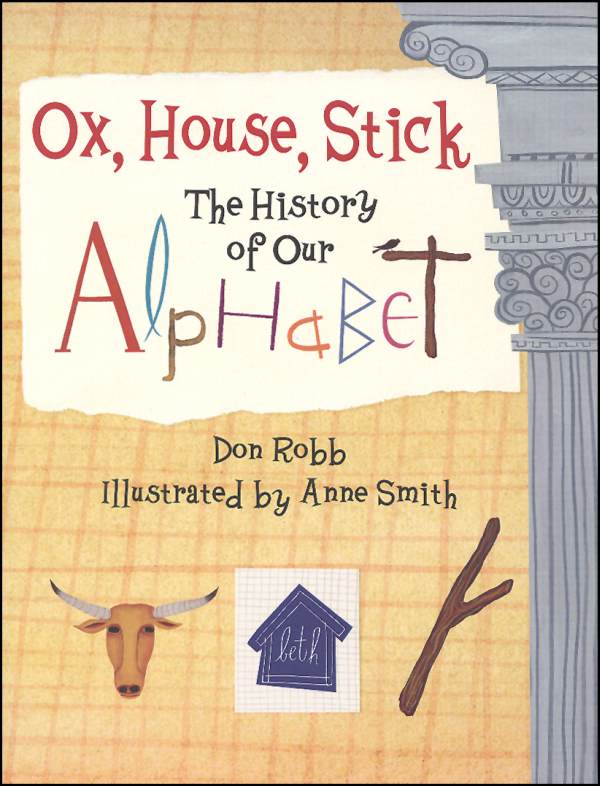 Very interesting history of how our alphabet came to us, tracing its evolution from ancient times. Each letter's Sinaitic, Phoenician, Greek and Roman predecessors are shown, along with explanation of its development to the letter form used in what we fondly call our alphabet (aleph = ox, beth = house) today. Of course, the Greeks really named the alphabet as such, using their names for the first two letters, alpha and beta. The word for house or home (beth) in the Middle East helped form the names of towns as well, such as Bethlehem (house of bread), Bethseda (merciful house) and Bethel (house of God). The letter E was originally formed from a figure of a person showing surprise (as in "Eeeeee"!). There are lots of snippets of information about written language throughout the book, from cuneiform to keyboard, as well. Did you know the Greeks had to learn all of their letters backwards and forwards so that writing could be formed and read "as the ox plows" (that's boustrophedon to you)? Do you know why the United States teams enter the arena toward the end of the procession when the Olympic games are held in an English-speaking country and toward the beginning when the games are held in France or Spain? Ok, that was easy. But do you know why one popular font today is called sans serif? Or which letter was once ordered out of the alphabet (hint it's the letter which originally meant "weapon" or "dagger")? Ox = A, House = B, Stick = C, Water = ? you'll have to read the book! 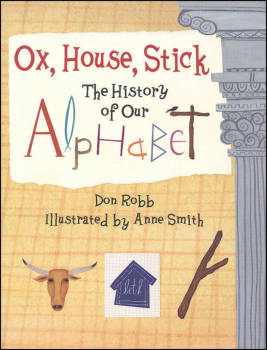