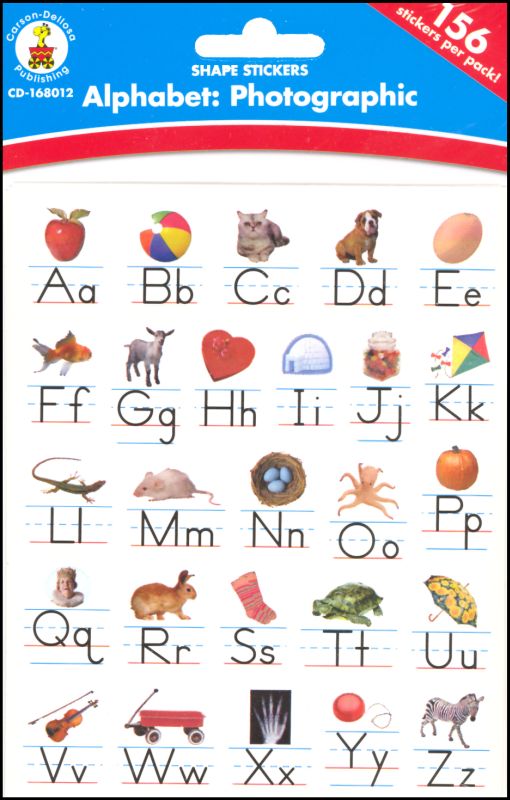 A very inexpensive manipulative opportunity! You get 6 sets of alphabet stickers with both upper- and lower-case letters in traditional manuscript form, shown on dotted-middle-line rule, along with a small photographic image of an object beginning with that letter. Just think of the possibilities! You can have your child run around the house, labeling things that also begin with that letter (or outside, if your child is excitable and you don't have any neighbors nearby). For a tamer exercise, let him or her find objects in a catalog or magazine to "label" with the appropriate sticker. Place a sticker on a blank sheet of paper and have your child draw as many objects as she can think of that begin with that letter. Or, as your student is learning a letter, affix it to the beginning of a ruled line of practice paper (or even ruled whiteboard) as a model for forming the letter. For more advanced practice with sounds, give each family member a letter "name tag" at suppertime with the rule that every sentence a person says during that meal must deliberately include as many words containing that letter sound as possible. Afterwards, vote on the best sentence of the meal (also a good time to introduce the concept of alliteration!). 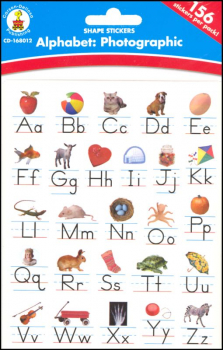