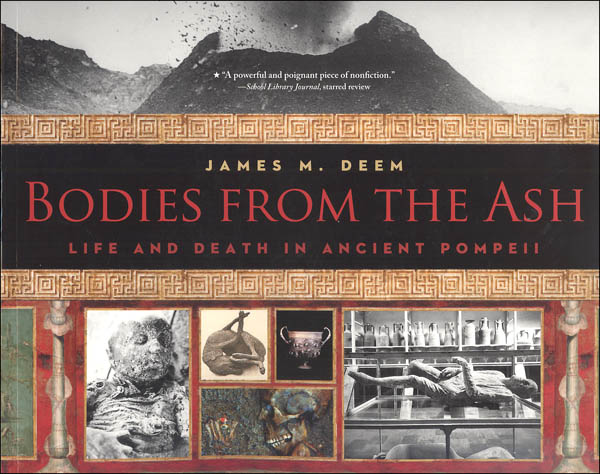 Bodies from the Ash

The ancient city of Pompeii is famous for its disastrous destruction by the eruption of Mt. Vesuvius in AD 79. This book excellently captures the details of that catastrophic event and the surprising discoveries of excavation centuries later. It is full of fascinating information and photos of excavation sites, artifacts, and casts of the bodies found preserved by the ash. 64 pgs, pb. ~ Rachel

In ancient times, Pompeii was one of the largest cities in the Roman Empire. Its 20,000 inhabitants lived in the shadow of Vesuvius, which they believed was a mountain. But Vesuvius was an active volcano, and within twenty-four hours of its eruption, the city was destroyed. Hundreds of years later, archaeologists unearthed what was buried under the rubble. The most unexpected and extraordinary discovery? The imprints of Pompeiians, their deaths captured as if by photographic images in volcanic ash. 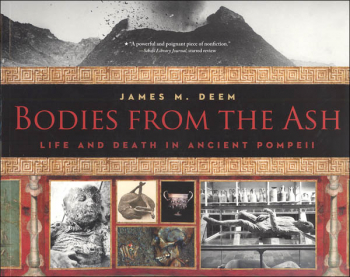