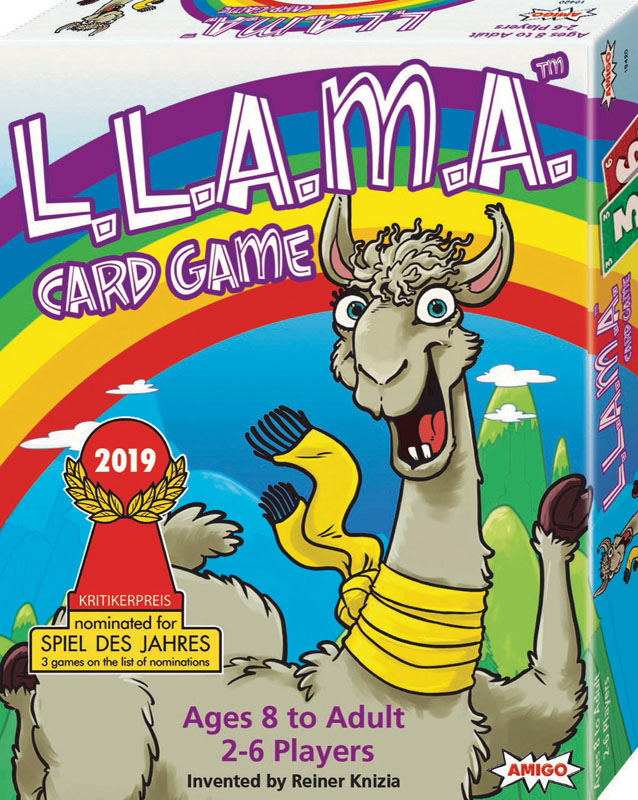 A simple, fast-paced game for 2-6 players. Each player starts the game with six cards, each ranging in value from 1-6 or 10 (a llama). During their turn, a player can play a card, draw a card, or quit. Players must play cards sequentially from the lowest to the highest. Llama cards both end and begin a stack – you can play a llama card on top of a six, or you can play a one on top of a llama. Ideally, a player can get rid of all of their cards in a round. If they can’t, however, the value of their cards is added to their score – and the loser is the one with the most points. Players with a point value at the end of the round must take a number of tokens to represent the points they have accumulated. Each time players manage to get rid of all their cards, they can get rid of a point token worth 1 or 10 points to reduce their overall score. The game ends when any player reaches 40-point tokens. As with many card games, this one is best shared with a group. In a group, the value of the play stack changes rapidly, ensuring players will have a hard time predicting whether they should quit a round and cut their losses or keep drawing and hope to get rid of their hand. An easy play for vacation nights, small parties, picnics, etc. Game includes 56 cards, 70-point tokens, and gameplay instructions. Play time averages about 15 minutes. ~ Janine

Try to get rid of all your cards so you don’t take any markers, but if you can’t you have a real dillama—should I pick another card or quit? Maybe you can play that card later, but if not you’ve just hurt your score. The player with the fewest markers wins in this game with the name that says it all: Don’t Let Llamas And Markers Accumulate! 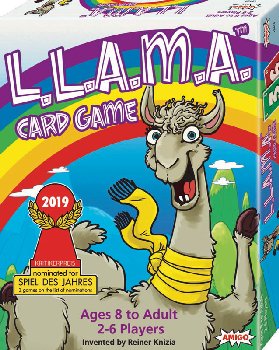