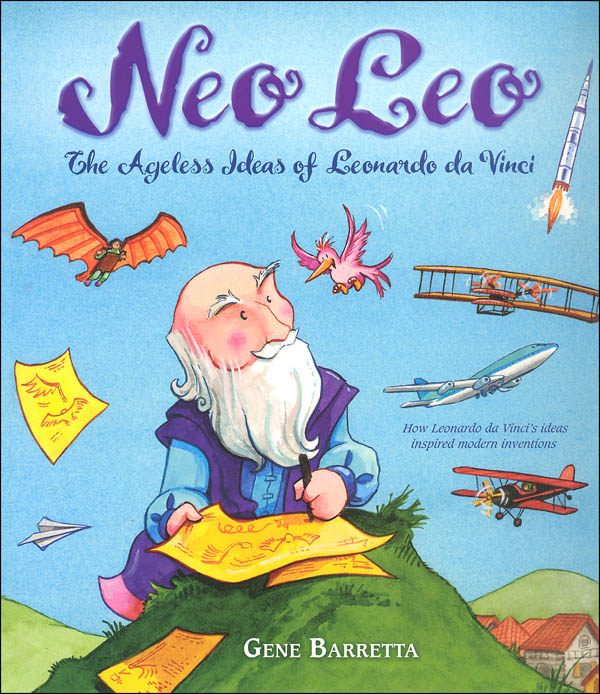 Award winning author illustrator Gene Barretta provides an entertaining, unique look at a famous historical giant. Leonardo da Vinci has never been so relatable and understandable! Written to compare the ideas and discoveries of the famed scientist, this book begins with a brief introduction before moving into a 2-page-spread of Leonardo da Vinci's discoveries and the impact on our lives today. For example, in Neo Leo, the Neo side states, With the use of modern imaging technology, doctors now understand that when blood moves through the heart, it forms a vortex that opens and closes the valves. The flip side, Leo, explains Leonardo had already figured it out. Through detailed body dissection and simulated water experiments, he discovered and diagrammed accurate examples of vortex formation in the blood.40 pgs, pb. ~ Deanne

An introduction to Leonardo da Vinci's genius focusing on his famous notebook sketches and the modern inventions they predicted.

In 1781, Thomas Paine came up with a model for a single-span bridge; in 1887, Adolf Eugen Fick made the first pair of contact lenses; and in 1907, Paul Cornu built the first helicopter. But Leonardo da Vinci thought of all these ideas more than five hundred years ago!

At once an artist, inventor, engineer, and scientist, da Vinci wrote and drew detailed descriptions_1 of what would later become hang gliders, automobiles, robots, and much more. In Neo Geo, Gene Barretta cleverly shows how Leonardo's ideas--many inspired by his love of nature--foreshadowed modern inventions, offering a window into the future. 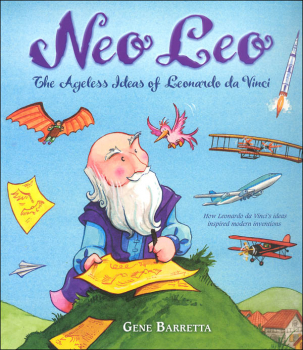