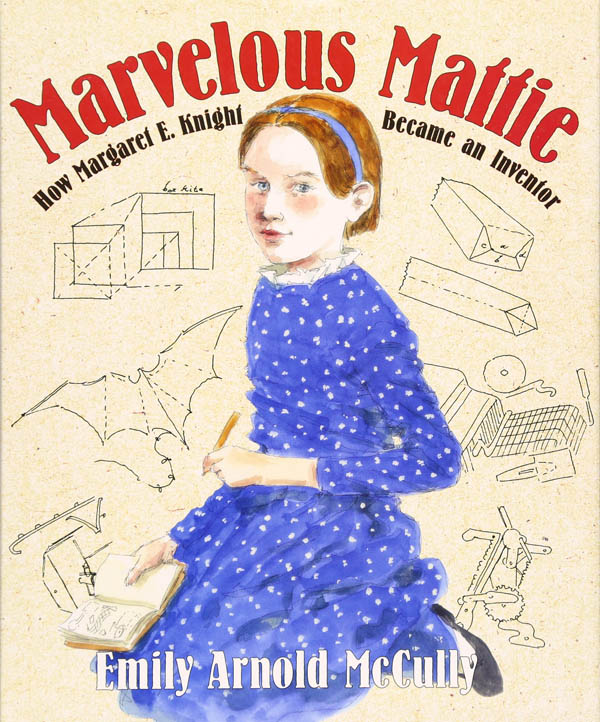 This short biography of inventor Margaret Knight is an inspiration. She was different than other girls of her era, growing up during the industrial revolution in the northeastern U.S. Luckily, her family supported her inventions, giving her the confidence to stand up for her ideas when a patent was later stolen from her. She invented a machine that is still in use today what does it make? Read the book to find out! The watercolor illustrations and larger format make it a great read-aloud for a group/classroom. 9.25" x11.25", 30 pgs, hc. ~ Sara

With her sketchbook labeled My Inventions and her father's toolbox, Mattie could make almost anything -- toys, sleds, and a foot warmer. When she was just twelve years old, Mattie designed a metal guard to prevent shuttles from shooting off textile looms and injuring workers. As an adult, Mattie invented the machine that makes the square-bottom paper bags we still use today. However, in court, a man claimed the invention was his, stating that she "could not possibly understand the mechanical complexities." Marvelous Mattie proved him wrong, and over the course of her life earned the title of "the Lady Edison."

With charming pen-and-ink and watercolor illustrations, this introduction to one of the most prolific female inventors will leave readers inspired.

Marvelous Mattie is a 2007 Bank Street - Best Children's Book of the Year. 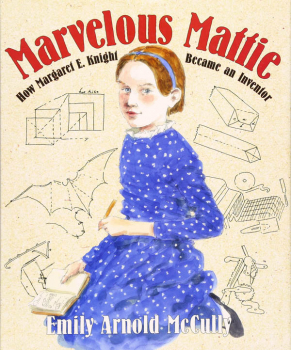