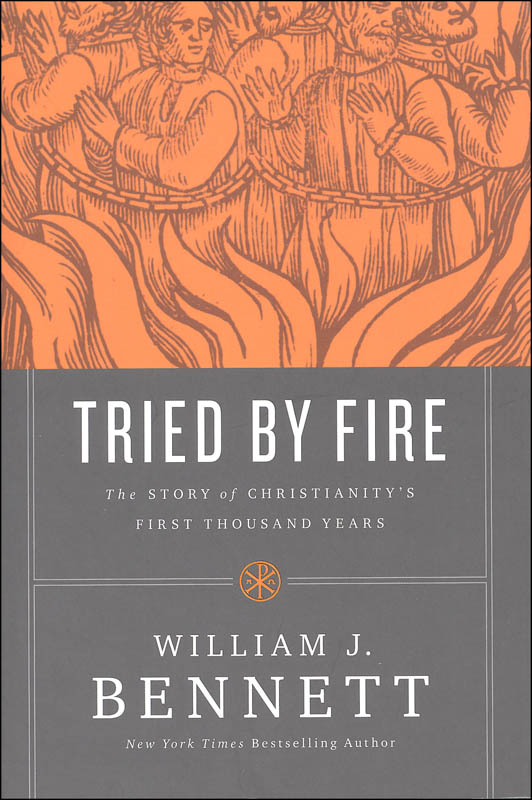 New York Times bestselling author, William J. Bennett, covers the rise of Christianity from an obscure regional sect in Palestine to the pre-eminent faith of the vast Roman empire. This wide-ranging history highlights gripping stories of the most compelling figures who lived during the first millennium after Christ. Learn about courageous men and women who, though challenged by official persecution, heresy, and schism, held steadfast to their beliefs even when confronted with the prospect of torture or death. The inspiring and insightful book contains several black & white images and a few maps. 408 pgs, hc. ~ Mike

Full of larger-than-life characters, stunning acts of bravery, and heart-rending sacrifice, Tried by Fire narrates the rise and expansion of Christianity from an obscure regional sect to the established faith of the world's greatest empire with influence extending from India to Ireland, Scandinavia to Ethiopia, and all points in between. William J. Bennett explores the riveting lives of saints and sinners, paupers and kings, merchants and monks who together--and against all odds--changed the world forever. To tell their story, Bennett follows them through the controversies and trials of their time. Challenged by official persecution, heresy, and schism, they held steadfast to the truth of Christ. Strengthened by poets, preachers, and theologians, they advanced in devotion and love. In this moving and accessible narrative, Tried by Fire speaks across centuries to offer insight into the people and events that shaped the faith that continues to shape our lives today. 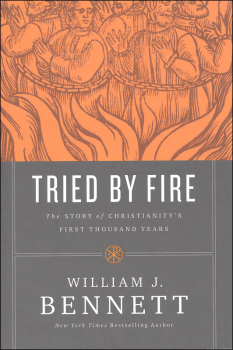