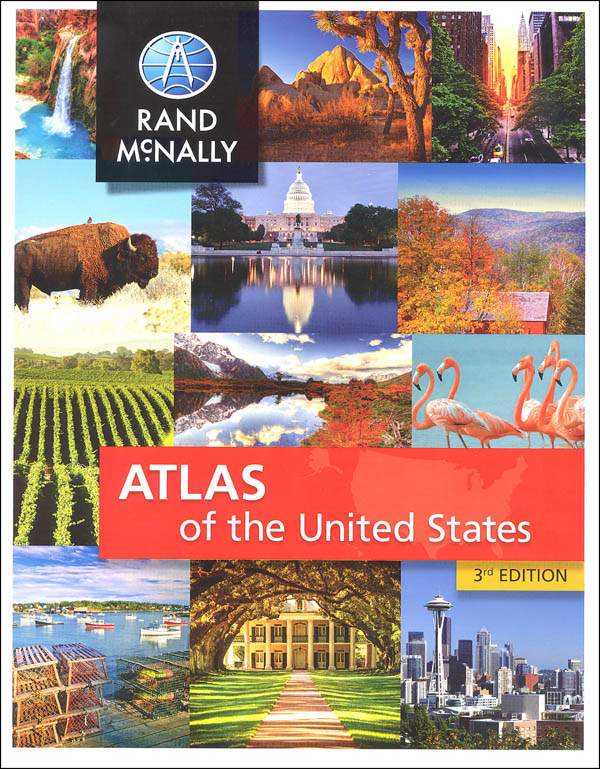 This Rand McNally Atlas is colorful and appealing for middle-grade students. The atlas begins with a Discoverer's Tools section that introduces students to map reading and terminology such as map projections, directions, grid systems, legends, and symbols. Next is a world maps section with physical, political, climate, environment, and population density maps. The U.S. maps section includes even more types of maps, with physical, political, climate, environment, population density, and time zone maps. A Regions of the United States contains close-up, detailed regional maps along with a narrative overview and captioned photos of landmarks and charts pertaining to unique topics of interest within the region. The text is large and readable, with bold vocabulary words keyed to an index. "Time to Explore" boxes scattered throughout the atlas challenge students to use map reading skills to answer questions. The final section of the atlas, Settlement of the United States, begins with a timeline showing the population growth of our country. Maps showing U.S. population changes are included, such as Native American homelands, routes to the New World, the original thirteen colonies, and immigration patterns. The back of the book includes state tables with statistics (i.e., population, population rank, area in square miles, year admitted to the Union, capital city). A glossary is included. 128 pgs, pb. ~ Lisa

https://www.rainbowresource.com/proddtl?id=067752&subject=History%2FGeography/14&category=U.S.+Geography+References+%2F+Atlases/4751
0
BEST ANSWER: This atlas does not provide individual state maps. The states are covered only as parts of regions. It sounds like this one would be more what you are looking for:

https://www.rainbowresource.com/proddtl?id=067752&subject=History%2FGeography/14&category=U.S.+Geography+References+%2F+Atlases/4751
Vote for the best answer above! 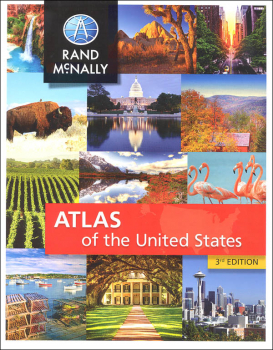