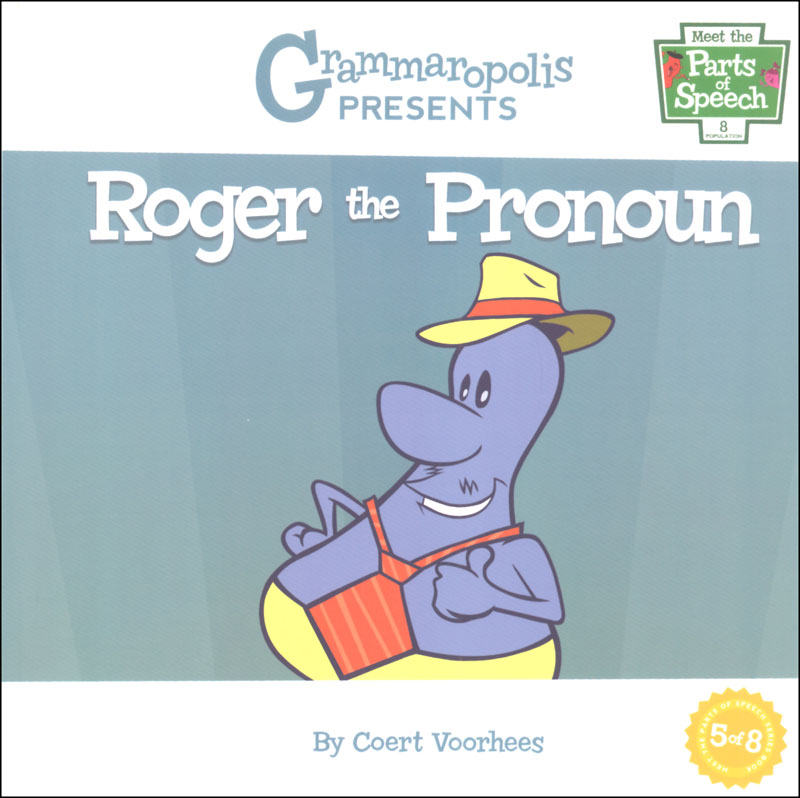 Roger the Pronoun wants to do the noun's job even though he knows that he'll always be just a pronoun. It's book five of the Meet the Parts of Speech series, in which the eight parts of speech are personified based on the roles they play in the sentence.

Feeling that he's destined for more than just renaming nouns, Roger opens up his own store next to Nelson's Nouns. But when Nelson goes missing, Roger realizes that for life to mean anything at all, every pronoun has to have an antecedent. Clear and informative back matter includes textbook-style definitions and usage examples of subject and object pronouns, reflexive and intensive pronouns, and indefinite pronouns.

Primary Subject
English/Writing
Grade Start
1
Grade End
5
ISBN
9781644420164
Format
Paperback
Brand Name
Grammaropolis
Weight
0.25 (lbs.)
Dimensions
8.0" x 8.0" x 0.12"
Powered by TurnTo
Questions that need answers | My Posts
Start typing your question and we'll check if it was already asked and answered. Learn More
Do not include HTML, links, references to other stores, pricing or contact info.
My question is about: 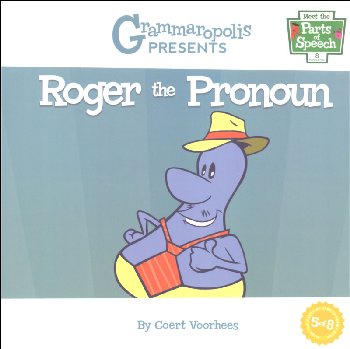