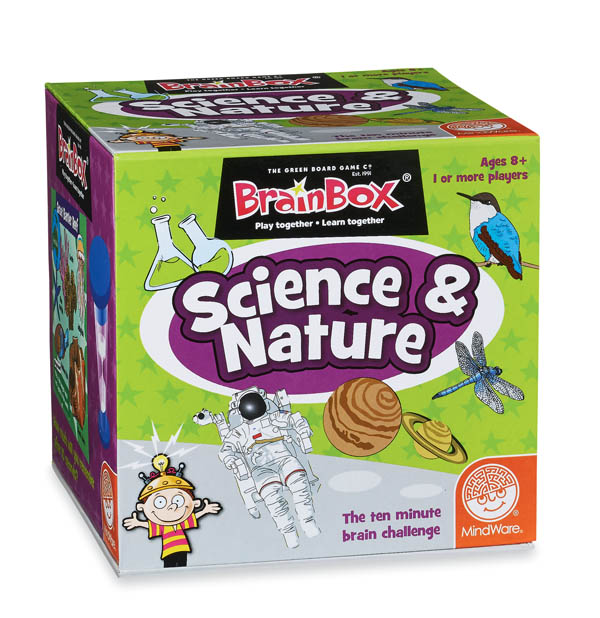 Is Brainbox a trivia game or a memory game? Actually, it's both! Each Brainbox game consists of approximately 50-70 game cards, a sand timer, and a die. To play, the first player selects a card and turns over the ten second hourglass. After studying the image on the front of the card for ten seconds, the first player rolls the die and passes the card to the second player. The second player then reads the numbered question on the back of the card that corresponds to the rolled die number. The questions test the player's ability to remember information from the card, such as countries, state capitals, flags, animals, works of art, and more. If the player gets the question right, they get to keep the card; if not, the card goes back into the game box. The player that has the most cards after ten minutes wins! ~ Lisa 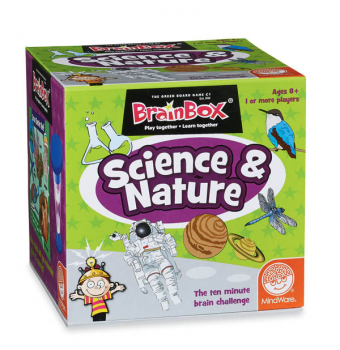 BrainBox: Science & Nature
Item # 035676
Our Price: $16.95
In Stock. Item will be unavailable when sold out.
Add Group
Continue Shopping Proceed to Wish List