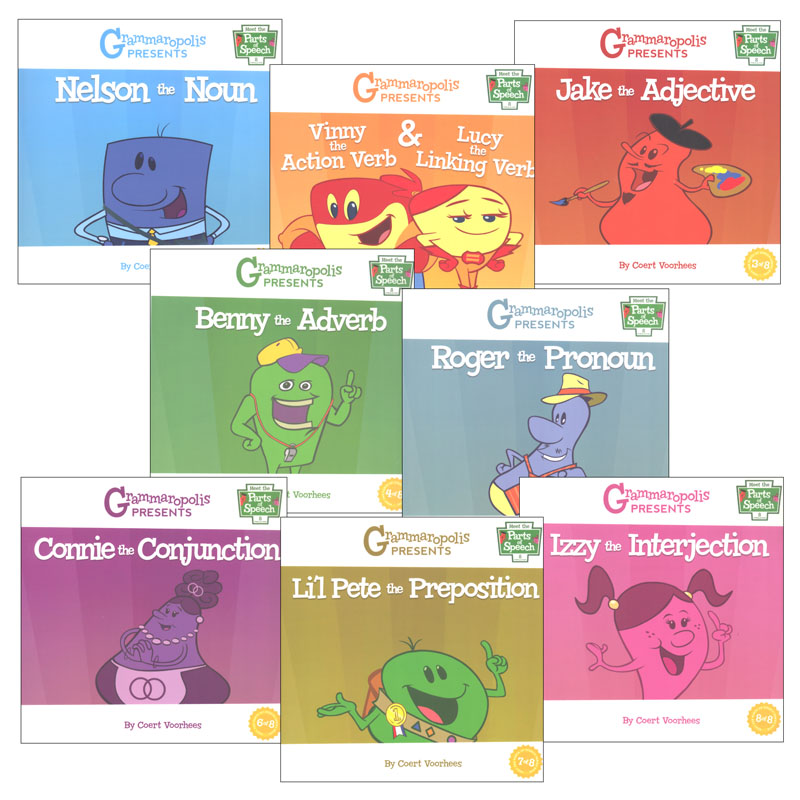 Meet the Parts of Speech: The Complete Series (Grammaropolis)

With a book for every part of speech, the complete Meet the Parts of Speech series includes story-based adventures combined with traditional instruction and usage examples for nouns, verbs, adjectives, adverbs, pronouns, conjunctions, prepositions, and interjections.

Primary Subject
English/Writing
Grade Start
1
Grade End
5
ISBN
9781644421000
Format
Paperback
Brand Name
Grammaropolis
Weight
1.8 (lbs.)
Dimensions
8.0" x 8.0" x 1.0"
Powered by TurnTo
Questions that need answers | My Posts
Start typing your question and we'll check if it was already asked and answered. Learn More
Do not include HTML, links, references to other stores, pricing or contact info.
My question is about: 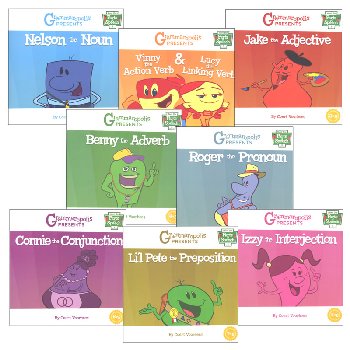