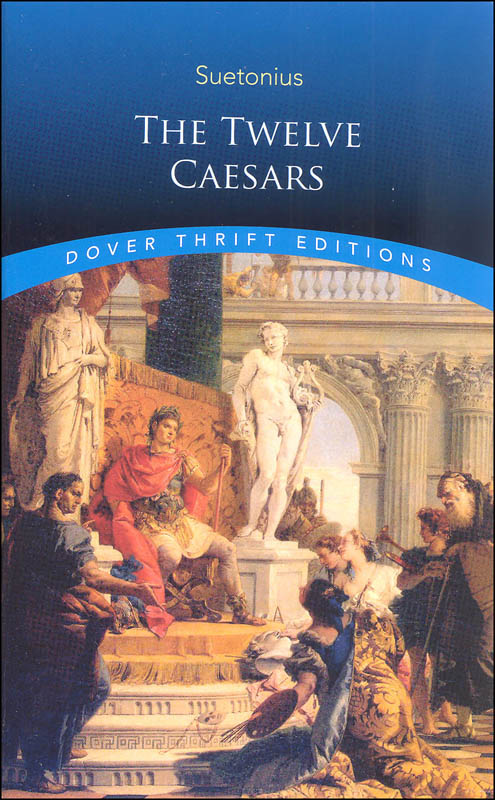 Originally written in 121 A.D. by the Roman scholar Suetonius, this classic historical work chronicles the significant events in Roman history from 49 B.C. to A.D. 96. Suetonius, who served as private secretary to the Emperor Hadrian, vividly portrays the downward effects of unchecked, absolute power upon ancient Rome’s people and culture. It should also be mentioned that the author often presents his narrative in a very direct, unvarnished manner. As a result, readers should be prepared to read details about sexual acts, as well as accounts of gratuitous violence. This Dover publications volume presents students of ancient history with a rare and sometimes shocking glimpse into an important historical period. 512 pgs, pb. ~ Mike

One of antiquity's great historical resources, this chronicle by an ancient Roman scholar portrays the lives and reigns of Julius Caesar and his immediate successors. Suetonius, who served as private secretary to the Emperor Hadrian, combines research from the imperial archives with firsthand accounts of the rulers' public and private lives. His dramatic narrative, delivered in a straightforward manner, abounds in tales of sex, violence, and betrayal.
Written in A.D. 121, The Twelve Caesars spans the period from 49 B.C.E. to A.D. 96, one of the most important periods in antiquity. Suetonius's vivid characterizations portray the disastrous effects of absolute power: madness, obsessive fear of assassination, and a predilection for acts of sadism and sexual perversity. One of the few surviving sources of its era, this historical treasure is unsurpassed as a fount of anecdotes, observations, and detailed physical descriptions_1 of Roman history. 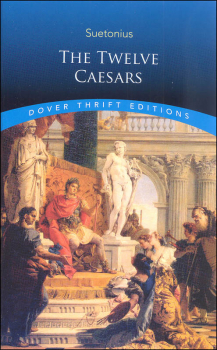