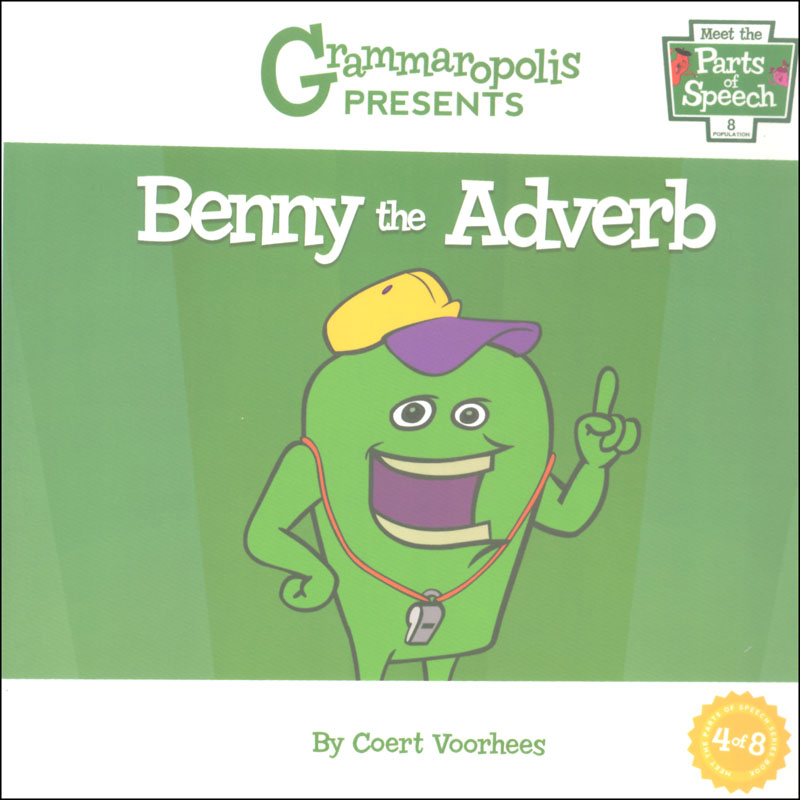 Benny may be extremely bossy, but if you listen to him carefully, you'll quickly learn a lot about adverbs. It's book four of the Meet the Parts of Speech series, in which the eight parts of speech are personified based on the roles they play in the sentence.

When his prized rock collection is stolen from the bank, Benny opens an investigation into how and when the theft took place and where the thief might have gone! Clear and informative back matter includes textbook-style definitions and examples for adverbs modifying verbs, adjectives, and other adverbs; telling how, when, where, or to what extent; comparative and superlative adverbs, and adverb clauses.

Primary Subject
English/Writing
Grade Start
1
Grade End
5
ISBN
9781644420102
Format
Paperback
Brand Name
Grammaropolis
Weight
0.25 (lbs.)
Dimensions
8.0" x 8.0" x 0.12"
Powered by TurnTo
Questions that need answers | My Posts
Start typing your question and we'll check if it was already asked and answered. Learn More
Do not include HTML, links, references to other stores, pricing or contact info.
My question is about: 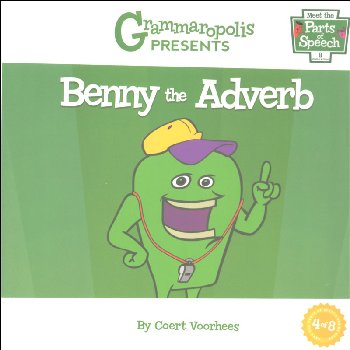