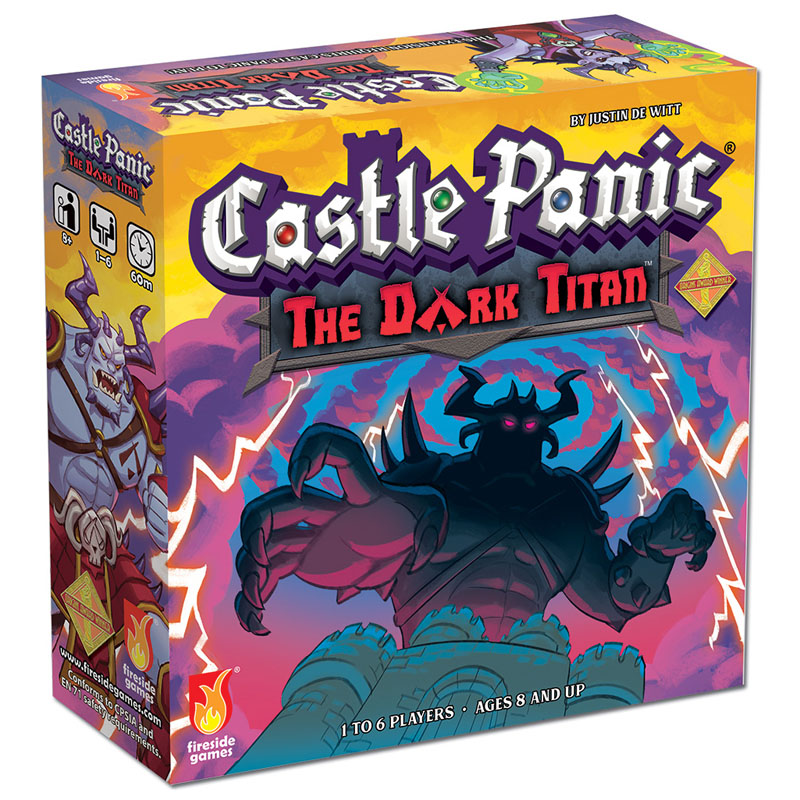 The mighty titan Agranok draws near, summoned by his terrible Heralds! This dangerous new foe serves as a final boss for players to conquer during a round of Castle Panic. While his difficulty can be adjusted for player skill (Level 1-5), he and his heralds always wreak terrible effects upon the castle. Accompanying this menace are the explosive Boom Troll, the Dark Sorceress, and highly trained Elite Monsters. But not all hope is lost! Players are aided by the Cavalier, an autonomous ally in the field, support tokens, and new Castle Cards. Expansion includes 5 versions of Agranok, 5 Castle Cards, 17 Monster Tokens, 3 Support Tokens, and a Cavalier Token & Stand. Requires base game.

Players stand together against The Dark Titan Agranok and his crew of new monsters, which include the Dark Sorceress, Elite Monsters, and a Boom Troll.

You get more reinforcements with the Cavalier, Boiling Oil, and Support Tokens, such as the Supply Wagon. Play them wisely and you could save the Castle. 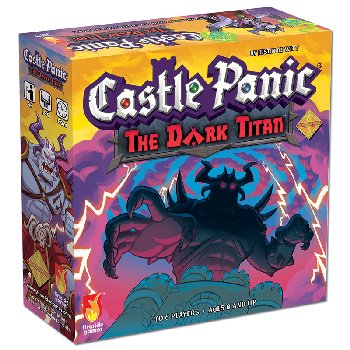