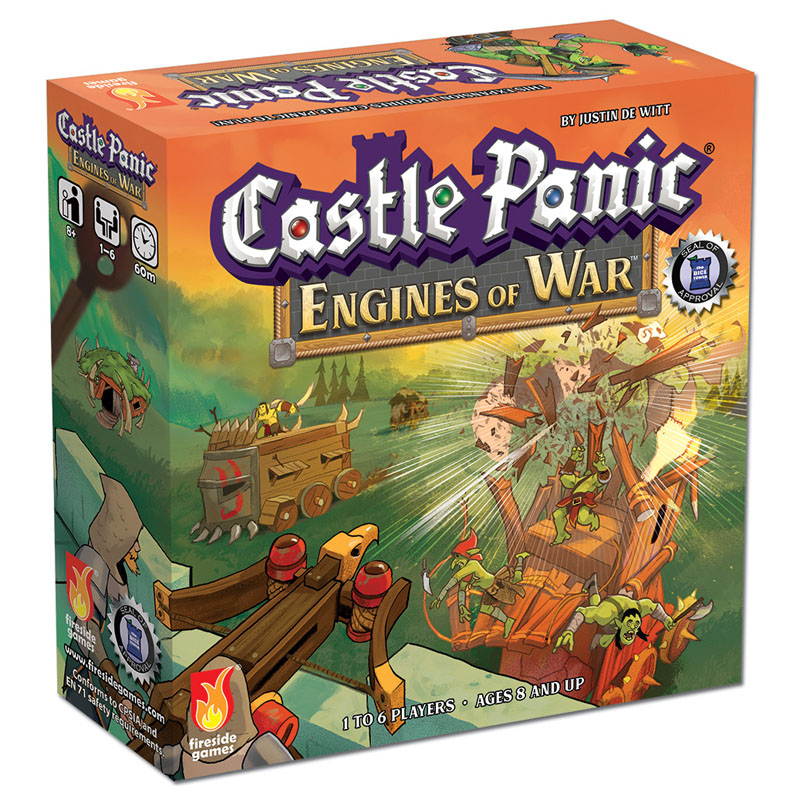 Countless engagements have neutralized the monsters seeking to destroy the castle… But time has made them cunning, and they bring forth new weapons of war from the forest’s edge! Siege Towers, War Wagons, and Battering Rams protect the monsters inside while nullifying some of the Castle’s defenses. New monsters – the Shaman, Breathtaker, and Saboteur – emerge to take advantage of the chaos. Aiding players from these new threats is the Engineer, a mechanical genius who can craft defenses such as the Ballista, Catapult, and various traps, in addition to repairing the castle. Collect raw materials, set the Engineer to his task, and protect the Castle! Expansion includes Keep Token, Engineer Tile, Task Tile, 2 Spring Trap Tokens, 2 Pit Tokens, 2 Barricade Tokens, 1 Catapult Token, 1 Ballista Token, 16 Resource Cards, 11 Monster Tokens, and 3 Reference Cards.

This expansion to Castle Panic brings new Monsters that charge into battle with siege engines and an Engineer who uses new Resource cards to help you build Catapults, Ballistas, Barricades, and more to better defend the Castle. Prepare your forces! The fight just added Engines of War! 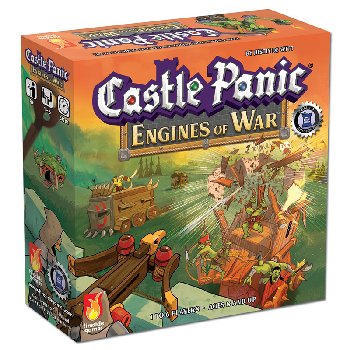