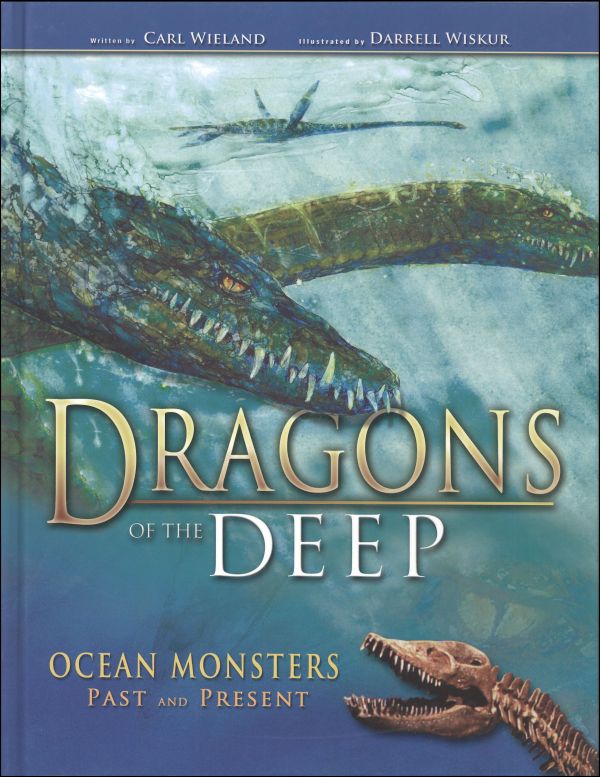 Dragons of the Deep

One of my favorite books when I was younger was The Great Dinosaur Mystery and the Bible - I read it over and over again! I only wish this book was available then; I'm sure it would have been a favorite, too! This gripping title looks at dinosaurs and prehistoric creatures of the oceans, from a biblical perspective. An introduction discusses "dragons" in the sea, and "monsters" in the Bible, before we look at some dragons and monsters close-up. Sixteen incredible (and huge!) ancient ocean dwellers are discussed, including the megalodon (a giant shark), the ichthyosaur, the mesonychoteuthis ("colossal squid"), the sarcosuchus (a giant crocodile), the styxasaurus (similar to a pleisiosaur), and many more that will whet many an imagination! Each sea-dweller is discussed in a good amount of detail, with regards to size, diet, habitat, similar attributes to creatures we are more familiar with today, comparative size to an adult scuba diver, and lots of other fascinating details. The text is accompanied by great photos of fossils from these creatures, illustrations of what they may have looked like, and photos of similar creatures. An exciting and well-done book that covers a lot of creatures not often included in dinosaur books, and from a biblical perspective too! - Jess

Powered by TurnTo
Review More Purchases | My Posts
5.0 / 5.0
2 Reviews
5 Stars
4 Stars
3 Stars
2 Stars
1 Star
2
0
0
0
0
Rated 5 out of 5
As a homeschooling mother on a budget I'd like to offer my input on a book that is well worth purchasing I have 3 children one boy and 2 girls They are vastly different in their approach to learning favorite subjects etc They are close in age but I use different science and history programs for each because of their learning preferences and interests However Dragons of the Deep is a book that we all agree on A few years ago (my kids were middle-school & upper elementary ages) we used this book as a science unit reading it together and then the kids kept a notebook where they summarized illustrated etc They all three absolutely LOVED this book It still comes up as a topic of conversation in our house When asked about some of their favorite things over the years this book is always included The thing that surprises me about this is I required a written narration from each chapter in this book and really did not add any project or other 'fun' activities The book is actually that interesting on its own The chapters are short but full of intriguing information and it makes a stand for Creation with evidence to back up its claims In my opinion all ages would enjoy this book from elementary to adult It is easy to understand but not written only for young audiences not "dumbed down" if I may borrow a phrase Definitely add it to any ocean study or just enjoy it on its own
February 12, 2011
Kimberly Cash
Rated 5 out of 5
Wow! What a great look into the incredible world that once existed under the sea! While most of us are aware of dinosaurs and have heard various theories about them how many people have even given second thought to these great sea dragons? I don't recall them ever even being mentioned in school! My children were just as fascinated with this book as I was in fact my boys STILL argue over whose turn it is to look at it and we have had it for months! The pages are covered with interesting facts and I love the honesty of the creation scientists They don't pretend to know the answers when they are unknown yet the possibilites they offer for various theories are intriguing
February 17, 2007
Corrina Eisenhart 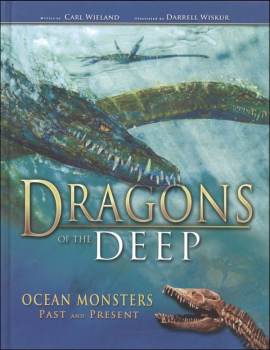