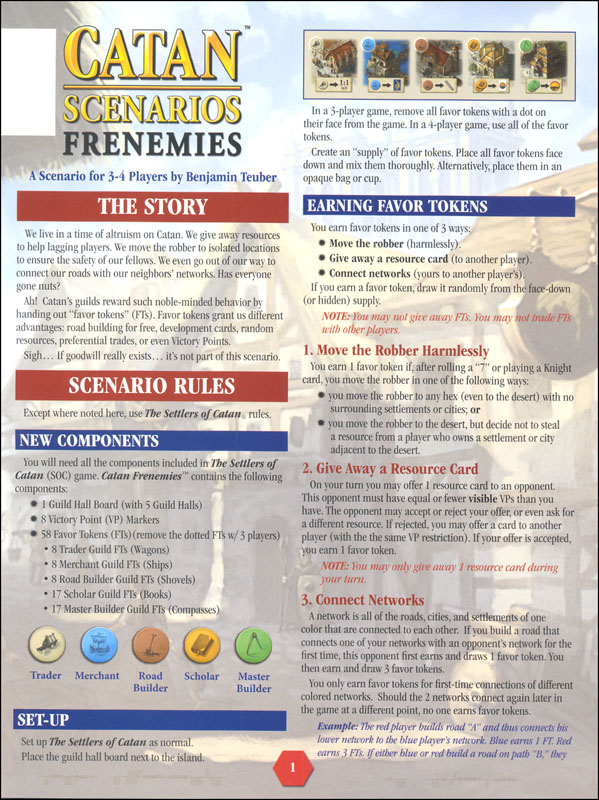 There's a t-shirt that says "Catan: Destroying Friendships since 1995," which makes Catan fans knowingly laugh. This scenario actually encourages helpful behaviors, but don't worry die-hard gamers that "goodwill" is just another route to your own victory! So-called "noble" behaviors include moving the robber harmlessly, giving away resource cards, and connecting networks. For doing these kind acts, you are rewarded with favor tokens that gain you advantages such as exchanging a resource card, gaining a resource card, building a road for free, gaining a development card or even extra victory points.

If you play Catan regularly, these add-on scenarios are a great way to change up the original game a little bit for just a few dollars! 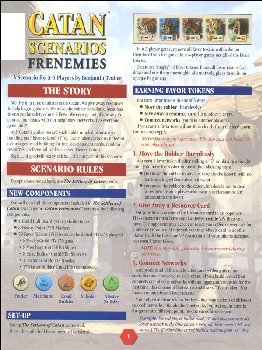