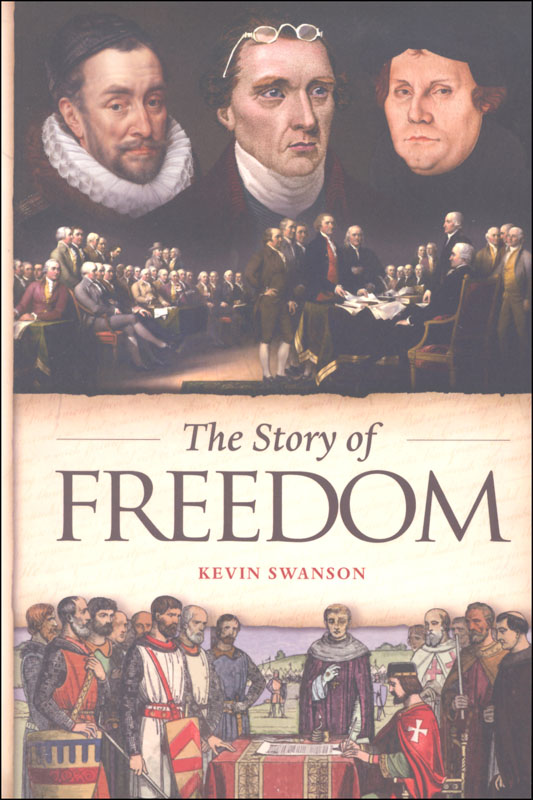 Google is good for providing information, and an interesting Google metric is the fact that the frequency of usage in popular literature for the word “freedom” has dropped by about 30 percent since the 1960s. Hmmm. Well, then what about “liberty” – that one has decreased by 80 percent over the last century. For those of us in the “land of the free,” this should give us concern. Kevin Swanson in his challenging text, Freedom, traces the biblical context for true liberty and provides scriptural examples of freedom. He starts with a definition of the word. Freedom is a vital part of the Christian vocabulary, but how many young students can define it? Swanson clarifies the biblical picture of freedom along with the Greek word and its definition, and then shows how modern English definitions are tainted by an unbiblical (humanist) worldview.

Freedom has been bought with a hefty price. From early heroes from Church history such as Augustine who freed slaves, to Patrick who was a slave then returned to the land/people that had enslaved him, to Patrick Henry, who ushered in America’s war against tyranny with his fiery speech, Freedom tells us the stories of genuine freedom fighters. Through these stories we begin to realize the cost of freedom. There are threats to the current freedoms we enjoy. The author, Pastor Kevin Swanson, gives us a heads up on where those threats are lurking and how best to address the contemporary challenges to the God-given rights we tend to take for granted. This book is an educational read for Christians and a valuable study for many young adults. Extensive chapter notes and a Scripture index are found in the back. 308 pgs, pb.

If the Son will set you free, you will be free indeed.

Freedom is quickly disappearing in the Western world. Big government tyranny is on the rise just about everywhere. Liberty is hardly a value anymore in the minds of the masses. The question facing this generation is real and concerning: “Will we leave our children and grandchildren in prison camps and gulags?”

The Christian West provided a legacy of liberty for over 800 years, and it is a heritage that is quickly disappearing and soon to be forgotten. Many have enjoyed the blessing of liberty over the centuries. Hundreds of millions of people have fled tyranny for safe haven in Christian countries. But, the heritage is almost gone now. Many have enjoyed the fruits of liberty but so few do anything to produce it. It is for Christians to regain a new appreciation for true liberty in Christ. Christians must relearn the biblical definition of freedom and the value of liberty. And Christians must teach their children the great heritage of Western liberties. This book recovers this heritage and tells the thrilling story of liberty in the Western world. These are the very best stories of history, as Western liberties developed through the influence of Christian pastors and leaders over 2,000 years. The reader will learn of the critical battle for the Magna Carta, the Swiss struggle for independence with William Tell, the Scottish War for Independence with William Wallace, the Dutch War for Independence with William the Silent, the battle for religious liberties in the 17th century, and America’s War for Independence and the securing of the Bill of Rights.

The message of this book is simple - the time has come to recover the heritage and leave a legacy for liberty. This begins by defining liberty rightly and realizing that true freedom is only possible by the blood of Jesus Christ. This is freedom from sin, freedom indeed. It is the bedrock freedom that gives birth to all other freedoms.

What does the Bible say about freedom? Would you be surprised to learn that the liberties we treasure in our country trace back directly to biblical principles? Kevin Swanson in his challenging text, Freedom, gives us the biblical context for and scriptural examples of freedom as well as stories of Christian freedom fighters throughout history. The author likewise explores the contemporary threats and challenges to the liberties we tend to take for granted.

This 18-week (60 minutes per day; 5 days per week) study provides a chapter-by-chapter reading guide to the text that includes vocabulary in context, study questions, association exercises (connecting people with events), memory verses, and essay assignments. There are three essays and three exams required for the one semester course. Freedom is a challenging high school elective, but materials are easy-to-use and there is no teacher prep required.

Course components include a student text as well as a Teacher Guide that provides scheduling information, reproducible worksheets, exams, and answer keys.

Primary Subject
History/Geography
Grade Start
9
Grade End
12
ISBN
9781732705043
Format
Paperback
Brand Name
Generations With Vision
Weight
1.3 (lbs.)
Dimensions
9.25" x 6.5" x 1.0"
Powered by TurnTo
Questions that need answers | My Posts
Start typing your question and we'll check if it was already asked and answered. Learn More
Do not include HTML, links, references to other stores, pricing or contact info.
My question is about: 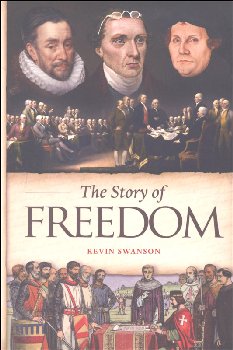