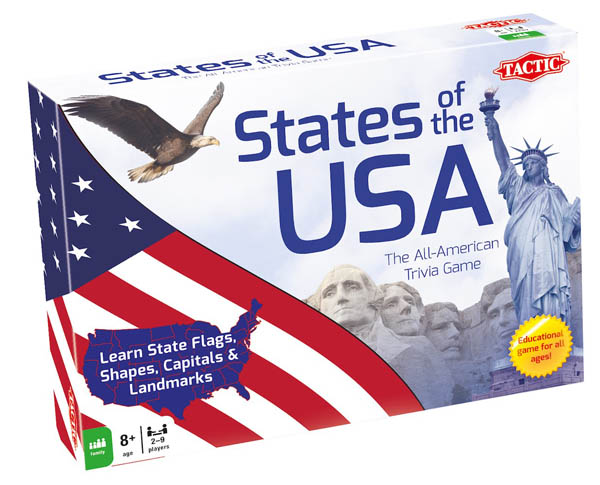 States of the USA Trivia Board Game

Think you know your states well? Probably not THIS well! This game goes beyond the simple "state and capital" trivia. Instead, you might have to answer a question like "which soda was first invented in Biloxi?" about the state of Mississippi. Gameplay is very simple. Players place four cards in front of them. Other players take turns picking a card out from an opponent, trying to identify which state it is, and then answering a question about that state. One of the cool things about this game is that states can be identified in four different ways: some cards have pictures of landmarks or cities on them, some have state capital names, some have flags, and some have the silhouette of a state's shape. If a player correctly identifies a state, they get one card; if they also get the trivia question about that state right, they collect two cards. The person with the most cards at the end wins. For 2-9 players; 15+ minute game time. - Janine

Learn intriguing facts about all the states and compete against your friends! The player who knows the most wins.

Contains fascinating facts about all of the states.
Game content is varied and interesting.
Packaged in a convenient travel size to take with you all over the country.
Fun for families and the perfect addition to any classroom. 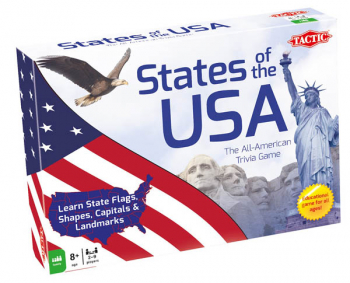