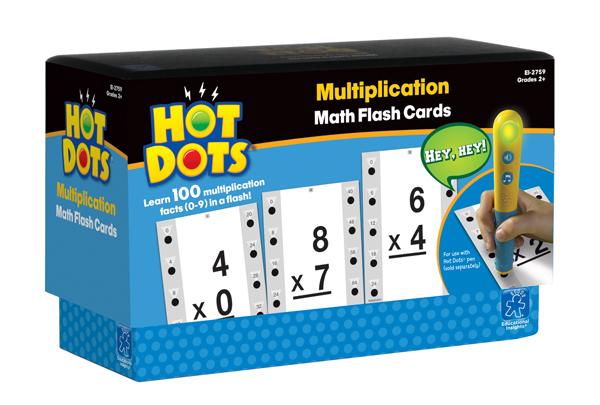 HotDots from Rainbow Resource on Vimeo.

Category Description for Hot Dots for Math:
Primary Subject
Mathematics
Grade Start
PK
Grade End
AD
EAN
086002027597
Format
Other
Brand Name
Educational Insights
Weight
0.5 (lbs.)
Dimensions
6.0" x 3.9" x 2.2"
Powered by TurnTo
Questions that need answers | My Posts
Start typing your question and we'll check if it was already asked and answered. Learn More
Do not include HTML, links, references to other stores, pricing or contact info.
My question is about:

Powered by TurnTo
Review More Purchases | My Posts
5.0 / 5.0
2 Reviews
5 Stars
4 Stars
3 Stars
2 Stars
1 Star
2
0
0
0
0
I am sure these flash cards will be wonderful but unfortunately we can not try them out The description failed to mention that you need to purchase the pen seperately!
September 19, 2007
Sue Erickson
I knew that we needed to do something different for my son when he began struggling with his math program I hadn't noticed that he didn't have his multiplication tables entirely memorized because he wasn't getting many problems wrongit was just taking him a very long time to get through them It turned out that he was doing a lot of adding and very little multiplying So we began diligently working on multiplication drill sheets and traditional flashcards right away to get these facts memorized However after a couple of weeks he was still really struggling and had made very little progressI came to Rainbow Resource specifically to look for something that was going to be a different approach to learning multiplication tables When I first saw the Hot Dots Flashcards I'll admit I was a little skeptical I really wondered how much different they would be than traditional flashcards but considering the reasonable price and the "fun factor" I thought it was worth a tryI am so very glad that I found these flashcards! My son was so eager to use them because they were a fun new way to do flashcards as opposed to Mom just holding up a boring white card and he got immediate feedback on whether he was right or wrong from the sounds on the pen It was also a great benefit that he could practice with these flashcards on his own After one week he had every multiplication fact memorized without hesitation These cards are a winner in my opinion! I intend to use them with his younger brothers as wellUpdate - Just today after a 2 month summer break from math he got out the Hot Dots cards again to review before jumping back into his math book I expected that there would be some forgotten facts but I was amazed that he had retained all of them! That little pen was ding ding dinging all morning! I highly recommend Hot Dots!
July 9, 2007
Sandi Bradshaw 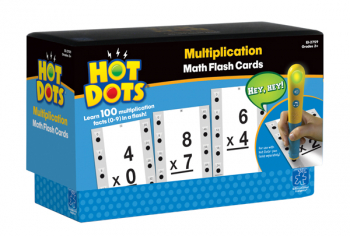