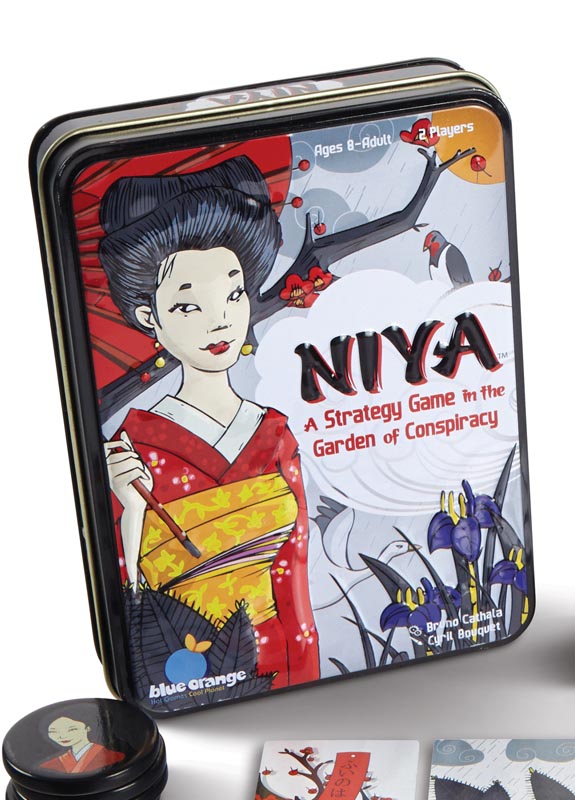 As feuding clans, two players compete for victory in this tic-tac-toe reminiscent strategy game. The playing surface is a 4 x 4 grid of 16 tiles. Each tile has two characteristics: one is a type of plant (maple leaves, cherry blossom tree, pine tree, or iris flower) and the other is one of four types (bird, scroll, sun, rain cloud). The first player removes one of these tiles and replaces it with his or her token. Following this action, the second player must also remove a tile and replace it with a token, but the tile they remove must share one of the two characteristics with the tile removed by the first player. There are three ways to win: line four of your tokens up horizontally, vertically, or diagonally; create a 4-token square of your color; or leave your adversary without any legitimate actions. Whoever meets one of these requirements first claims glory for their clan! Lasting only about 10 minutes, this is a quick game that can be taken out and played any time

In Japan's Imperial Garden, courtly manners and nature's beauty veil a dark political conspiracy among two influential clans. On each turn, players replace a garden tile with one of their clan tokens. The next player can only exchange a token for a garden tile that has an element in common with the previously chosen tile. The first to position their clan in a row, square, or blockade will win control of the gardenand power at court! A simple yet sophisticated abstract strategy game, Niya captivates players young and old. 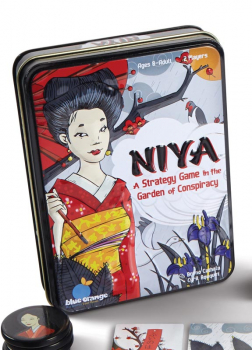