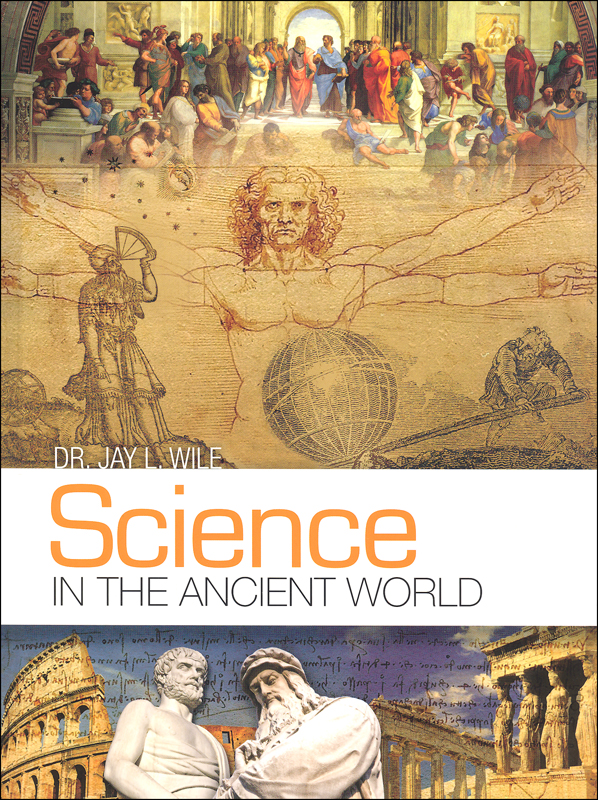 Science in the Ancient World Text

Science in the Ancient World is the second book in a hands-on, multilevel elementary science series that introduces scientific concepts using history as its guide. Because each lesson is built around an activity or experiment, it is engaging for all K-6 students. In addition, there are three levels of review for each lesson, so the parent/teacher can choose the depth at which each student is expected to grasp the material. The course contains roughly 90 hours of instruction, 35 of which are composed of hands-on activities.

The course covers the scientific work of natural philosophers who lived from about 600 BC to the early AD 1500s. It concentrates mostly on what these ancient scientists got right, but it does spend some time discussing what they got wrong, because even the mistakes that scientists make can sometimes advance our understanding of the natural world. Of course, when the students are taught something that is now known to be incorrect, they are made aware of this fact!

Because the course covers science as it was developed, it covers a wide range of topics including human anatomy, medicine, optics, heliocentrism, geocentrism, sound, music, magnets, how steam is used to generate power, the motion of objects through a medium, combustion, levers, pulleys, plant growth, plant anatomy, tree ring dating, the atmosphere, astronomy, the basics of graphing, plastics, density, water flow, friction, and erosion. Throughout the course, students learn that most of the great scientists who lived from AD 500 to the end of this time period were devout Christians who did science because they thought they could learn more about God by studying His handiwork.

Category Description for Science in the Ancient World:

Category Description for Science in History by Dr. Jay Wile:

After much speculation and anticipation, Dr. Jay Wiles new elementary science curriculum is now available, and dare I say, it has been worth the wait! For those unaware, Dr. Jay Wile is the author of the Jr. and Sr. High Apologia Science curriculum which was specifically designed for homeschool family use, and he continues in the same vein with his newest courses.

Designed to be used every other day, each of the curriculum courses provides one year’s worth of science instruction. Each book is divided into six sections that include twelve foundational lessons and three challenge lessons, for a total of 90 lessons. While the challenge lessons may be considered optional if you have a science-resistant child, you will find they add depth and enjoyment to the subject being studied and provide excellent extension activities for older or gifted students.

Designed with the belief that children of elementary age can learn together, each lesson includes a hands-on activity or experiment (parental supervision required), approximately three pages of reading, and review questions at three levels of difficulty. The hands-on activities or experiments primarily use commonly found household items, although lab kits are available. Supply lists by unit are conveniently located in the front of the textbooks, making it easy to secure items ahead of time.

While the hardcover Text contains all of the instruction, the author has provided parents with a “Helps & Hints” softcover book which offers experiment and activity notes, answers to all three levels of questions, and optional tests/answers for those who want to incorporate assessments (reproducible for family use). The author recommends students keep notebooks of activities/experiments and lesson questions to evaluate learning. Some reproducible activity templates are included to facilitate this.

The first course, Science in the Beginning, teaches science topics as they relate to the six days of creation. Here is an example of the questions and how the level of difficulty increases. From Lesson 9, Day 1 of Creation:

“Younger Students: Where does your eye’s lens focus the light that passes through it? What do the rods and the cones do in the eye? Older Students: Make your own drawing of the eye, based on the one you see on pg. 25. Label the cornea, lens, retina, and optic nerve. Make a note that the rods and cones can be found on the retina. Also, point out in the drawing where the blind spot is, and explain why it is a blind spot. Oldest Students: Do what the older students are doing. In addition, I want you to predict what would happen if I changed the instructions in the experiment. Suppose I asked you to hold the book so the red squares are just to the left of your nose. Then, suppose I told you to close your right eye and look at the red and blue circles with your left eye. Then, suppose I asked you to bring the book closer and closer to your face. Can you predict what you would eventually see? Write down your predication and then see if it was correct by actually doing the experiment that way.”

At this point, you may wonder how this compares to the Elementary Apologia curriculum. At first glance, the main difference is with the scope of topics. Dr. Jay’s new series provides students with exposure to multiple branches of science within the course of a year. Elementary Apologia takes one topic and studies it in-depth over the course of one year. Parents who have used the Jr. and Sr. High Apologia texts will find this new series is similar to the upper level Apologia texts, with lessons written in a friendly conversational tone, step-by-step experiment instructions and lesson reviews. Full-color graphics are plentiful but not as bountiful as in the Apologia elementary books. Also noteworthy is that each lesson in this book contains three pages of textual reading, which is less than the average daily readings in the elementary Apologia courses. Dr. Jay Wile’s excellent elementary series could ease the transition to the Apologia Jr. High Curriculum for a middle school student who is using a different program.

Texts are available separately as are the Helps & Hints. Sets include both the hardcover Textbook and Helps & Hints softcover book. Dr. Jay anticipates the release of other books in this series. Check our website or call to check availability or upcoming titles. ~ Deanne

Powered by TurnTo
Review More Purchases | My Posts
3.5 / 5.0
2 Reviews
5 Stars
4 Stars
3 Stars
2 Stars
1 Star
1
0
0
1
0
Rated 2 out of 5
too sporadic
I tried using this curriculum for several lessons with my 3rd and 4th graders before finally giving up. The history part was really interesting but the topics were too sporadic. We studied lengths of shadows one day, how fire contains water the next day (which, essentially was the opposite of what the lesson was trying to teach--that water isn't in everything--so using this particular experiment seemed counterproductive to the lesson), and the protein molecules in milk in another lesson. My children and I couldn't connect the dots because they weren't really there. Studying scientists in historical order makes for interesting reading, but I can't use this and expect retention. It was disappointing because my son LOVES history.
November 14, 2017
MELISSA K.
Purchased
over 4 years ago
Rated 5 out of 5
Science in the Ancient World Delivers!
How would you like to travel back in time and learn about great contributors to science like Hippocrates, Plato, Aristotle, Galen, and Leonardo da Vinci to name a few? Science in the Ancient World is the second volume following Science in the Beginning in this series of elementary science curriculum written by Dr. Jay Wile. It is a chronological science curriculum that explores important scientific concepts in science before Christ was born through to science in the early Renaissance. The lessons explain this era of science in context to the day and age in which the scientific ideas were discovered and studied and how they are viewed today. This curriculum constantly engaged our 2nd, 4th, and 5th grade students. Just as Science in the Beginning is structured, I am overjoyed that the multi-level approach was part of this program as we loved learning together. As a mother of 10, time is a precious commodity and somehow Dr. Wile seemed to know this when he designed his hands-on experiments. Most, if not all, items needed for the experiments you will find around the house. Sometimes we did the experiments multiple times because they were so much fun. (I even heard my older high school and college teens lamenting that they never had the chance to do such cool experiments.) Adding to the fun factor was a high level of learning retention! Science concepts were effectively displayed through the fun experiments, lessons, and end of chapter questions. Our children's lab books became full of drawings along with answers to key objective questions for each lesson. This home educator could not be more thrilled. The chronological study of science was very appealing as we moved through our own history study and Science in the Ancient World blended beautifully. We are looking forward to continuing our science learning adventure with the next volume, Science in the Scientific Revolution!
March 23, 2016
User 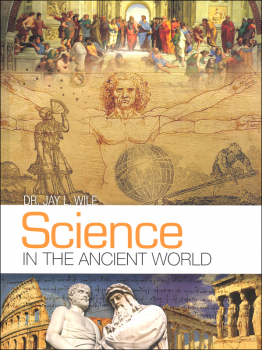