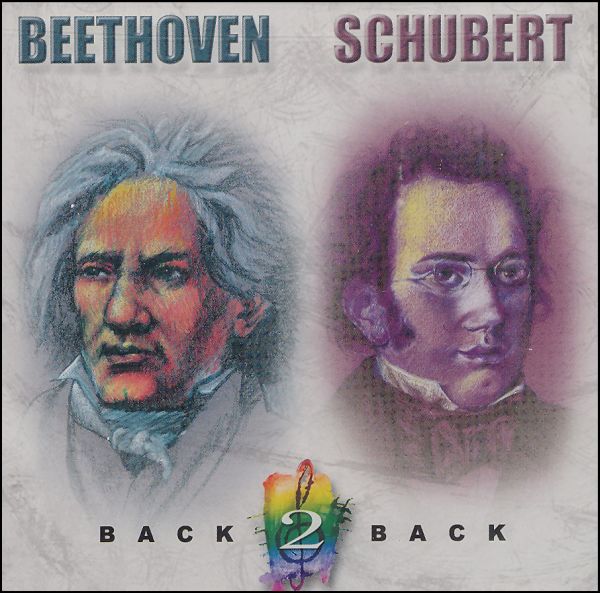 Beethoven / Schubert Back 2 Back

Category Description for Back 2 Back Classics:

Now you can listen to the music of two great composers on one great CD. These distinguished composers were specifically paired for various reasons. Although they generally composed their music around the same time period, their results were quite distinctive yet equally brilliant. Beethoven and Schubert were both composers in Vienna at the beginning of the 19th Century, with Beethoven's style tending towards grandeur while Schubert's music has a more intimate, lyrical feel. Brahms and Liszt were both composers during the second half of the 19th Century, and Grieg and Schumann were both composers of romantic music during the 19th Century who mainly wrote musical compositions for the piano. Mozart and Haydn were both illustrious Austrian composers, while Vivaldi and Corelli were famed Italian composers. Each CD highlights the similarities and differences between the composers. Playing time is approximately 75 minutes. ~ Enh

Primary Subject
Music
Grade Start
PK
Grade End
AD
EAN
653269210323
Format
Other
Brand Name
SPJ Vox
Weight
0.2 (lbs.)
Dimensions
5.0" x 5.5" x 0.25"
Powered by TurnTo
Questions that need answers | My Posts
Start typing your question and we'll check if it was already asked and answered. Learn More
Do not include HTML, links, references to other stores, pricing or contact info.
My question is about: 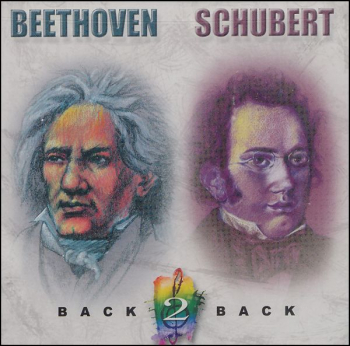