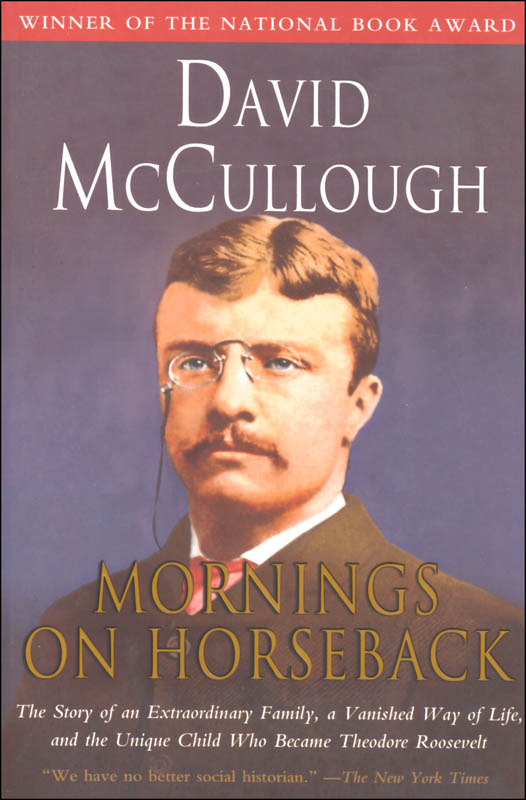 Few biographies of U.S. presidents focus much attention on their youth or family upbringing. This volume, however, written by the award winning and nationally acclaimed author David McCullough, tells the remarkable story of Theodore Roosevelt as a young man. This book provides a comprehensive and well-documented examination of "Teddy" Roosevelt, from age ten to age twenty-eight. The author does a masterful job of helping readers understand the extraordinary Roosevelt family, the unique story of Theodore's march toward manhood, and a way of life that has all but vanished from American society. The book includes several interesting black & white photos. A resource in the Notgrass Exploring Government curriculum. 370 pgs, pb. ~ Mike

The National Book Awardwinning biography that tells the story of how young Teddy Roosevelt transformed himself from a sickly boy into the vigorous man who would become a war hero and ultimately president of the United States, told by master historian David McCullough.

Mornings on Horseback is the brilliant biography of the young Theodore Roosevelt. Hailed as a masterpiece (John A. Gable, Newsday), it is the winner of the Los Angeles Times 1981 Book Prize for Biography and the National Book Award for Biography. Written by David McCullough, the author of Truman, this is the story of a remarkable little boy, seriously handicapped by recurrent and almost fatal asthma attacks, and his struggle to manhood: an amazing metamorphosis seen in the context of the very uncommon household in which he was raised.

The father is the first Theodore Roosevelt, a figure of unbounded energy, enormously attractive and selfless, a god in the eyes of his small, frail namesake. The mother, Mittie Bulloch Roosevelt, is a Southerner and a celebrated beauty, but also considerably more, which the book makes clear as never before. There are sisters Anna and Corinne, brother Elliott (who becomes the father of Eleanor Roosevelt), and the lovely, tragic Alice Lee, TRs first love. All are brought to life to make a beautifully told story, filled with fresh detail (The New York Times Book Review).

A book to be read on many levels, it is at once an enthralling story, a brilliant social history and a work of important scholarship which does away with several old myths and breaks entirely new ground. It is a book about life intensely lived, about family love and loyalty, about grief and courage, about blessed mornings on horseback beneath the wide blue skies of the Badlands.

Like the other Notgrass high school courses, Exploring Government is a well-constructed course with a strong underlying biblical and Christian worldview. Written with the three-fold purpose of educating, inspiring, and (sometimes) warning, there is an emphasis on the biblical basis for government and on understanding the U.S. Constitution. The one semester (1/2 credit) course of 75 lessons is organized into four Parts divided into 15 (weekly) Units. Part 1 provides background information to the formation of American government - the history and development of the idea of government - as well as the aforementioned biblical basis along with a look at the U.S. from the standpoint of being an exercise in government formation. Part 2 examines the U.S. Constitution, the three branches of American government, and the constitutional amendments. Part 3 covers state and local governments along with taxes and budget. Part 4 takes a look at the issues currently facing our government. Each Unit includes an Introduction Page which gives a brief overview of the Unit, lists the lessons for the Unit, and gives a suggestion for an activity - usually writing ideas.

The Curriculum Package includes the Student Text and a collection of historical documents, essays, & speeches called We Hold These Truths (217 pgs, pb). The 387-page, paperback Student Text provides 2-4 pgs of highly readable, succinctly written text for each lesson along with any additional assigned readings from WHTT. Illustrating graphics are well-chosen but not excessive and (disappointingly) black and white although I'm sure this helps to keep the course affordable. As the course progresses the student is continually encouraged to examine the difference between government and politics as well as between what is and what should be. An interesting collection of documents, the WHTT book contains a good selection of "founding fathers" material - the Declaration of Independence, the Articles of Confederation, the Constitution, and others from this time period - as you would expect. There are also some interesting documents highlighting the development of American governmental philosophy (i.e. Magna Carta, etc.) and some key constitutional issues (separation of church and state). There is another collection of recent documents on contemporary issues (the Ten Commandments controversy) but relatively little from the 19th and early 20th century. This is probably due to the fact that many of those documents were included in Exploring America, the author's U.S. History and Literature course. The Quiz and Exam pack which is optional includes both an exam book and an answer key. For each Unit there are sets of lesson review questions and quizzes. There are three comprehensive exams - one for each five Units). The answer key is exactly that - answers to the review questions, the quizzes, and the exams. In general this is a well-done course providing a solid overview of government with a readable text. I could wish the review questions and quizzes relied just a little more on critical thinking and less on information recap. However, the writing assignments are thought provoking and essay-writing is an excellent way to develop critical thinking skills. The author suggests that students can expect to spend about an hour per day on reading and questions. For the teacher/parent there's little that must be done except grading but both parents and students will undoubtedly profit from related discussions. ~ Janice 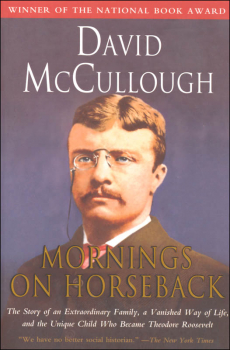