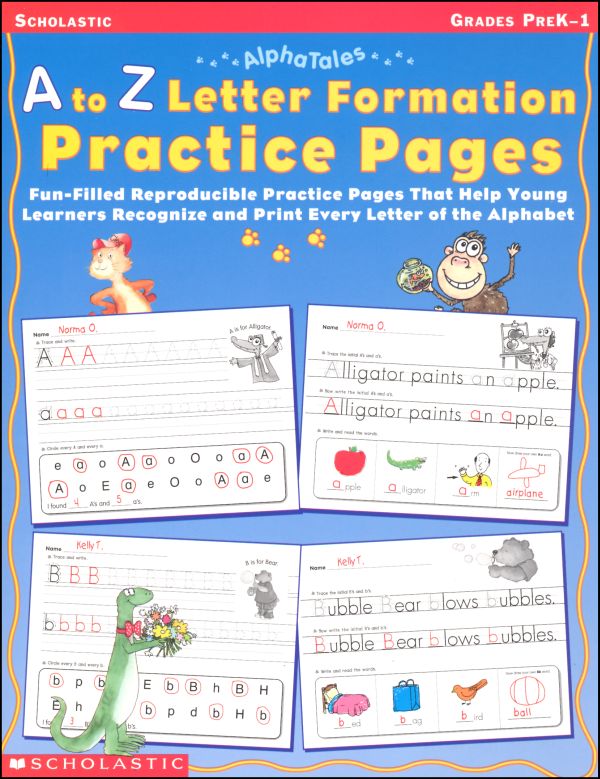 This workbook is intended to introduce children to uppercase and lowercase formation and allow children to develop their phonemic awareness. Each letter is introduced in the following manner: Space is provided for children to first trace and then reproduce the letter in both uppercase and lowercase form. The next step is for the child to choose the featured letter out of a mix of various letters (to discriminate between similar letters). Then, alliterative sentences are used to highlight the letter's sound (long and short sounds are introduced when appropriate). For example, "Iguana is on an iceberg." Lastly, several words (with illustrations) beginning with the featured letter are introduced. A complete resource for introducing the alphabet. Enh 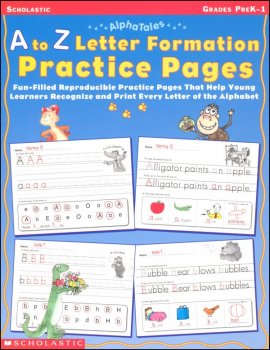