The Holy War Made by King Shaddai Upon Diabolus, to Regain the Metropolis of the World, Or, The Losing and Taking Again of the Town of Mansoul is a 1682 novel by John Bunyan. This novel, written in the form of an allegory, tells the story of the town "Mansoul" (Man's soul). Though this town is perfect and bears the image of Shaddai (Almighty), it is deceived to rebel and throw off his gracious rule, replacing it instead with the rule of Diabolus. Though Mansoul has rejected the Kingship of Shaddai, he sends his son Emmanuel to reclaim it. In the city there were three esteemed men, who, by admitting Diabolus to the city, lost their previous authority. The eyes of "Understanding", the mayor, are hidden from the light. "Conscience", the recorder, has become a madman, at times sinning, and at other times condemning the sin of the city. But worst of all is "Lord Willbewill," whose desire has been completely changed from serving his true Lord, to serving Diabolus. With the fall of these three, for Mansoul to turn back to Shaddai of their own will, is impossible. Salvation can come only by the victory of Emmanuel. The entire story is a masterpiece of Christian literature, describing vividly the process of the fall, conversion, fellowship with Emmanuel, and many more intricate doctrines. 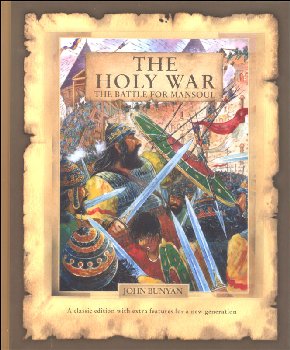