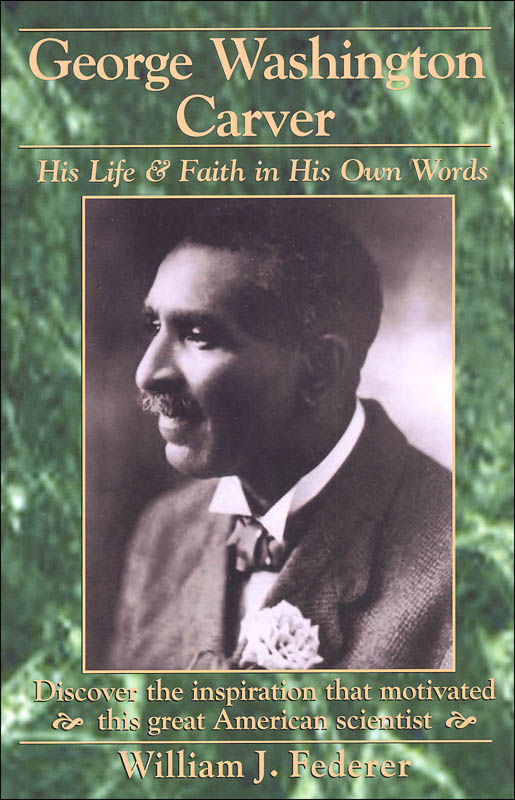 George Washington Carver: His Life & Faith in His Own Words

This concise biography presents the life and legacy of George Washington Carver, and in the process, clarifies that Biblical faith is not an impediment to scientific exploration. Drawn from a collection of original letters and speeches by Carver himself, this well-documented book tells the fascinating and true story of one of America's greatest scientists from the late nineteenth and early twentieth centuries'. Beginning with Carver's birth in poverty and slavery, and extending through his fruitful career as an internationally acclaimed inventor and botanist, this text clearly reveals how he became not only a great man of science, but also a great man of faith. The book has larger print and several black and white photos. While the photos in this book are not impressive, the message conveyed still makes this volume a good choice for any teenager or adult. 104 pgs, pb. ~ Mike

"Only alone can I draw close enough to God to discover His Secrets." The amazing story of George Washington Carver, slave birth, Iowa State graduate and Tuskegee Professor who revolutionized the economy of the south by discovering hundreds of uses for the peanut. "God is going to reveal things to us that He never revealed before if we put our hand in His," stated George Washington Carver, 1924, to the Women's Board of Domestic Missions in New York. From slave birth to international fame, George Washington Carver advised Presidents, Congress, and world leaders. He was offered jobs by Thomas Edison and Henry Ford, but declined them as he determined to stay at Tuskegee Institute to help those less fortunate attain new and boundless opportunities. Discover the faith that motivated this great African-American scientist to create and popularize hundreds of uses for the peanut, soybean, sweet potato and other plants, which resulted in a revolution in the economy of America's South. Read letters revealing his faith. 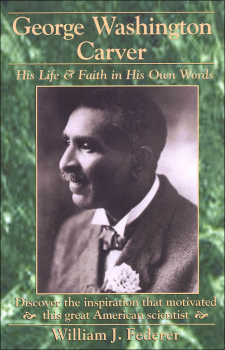