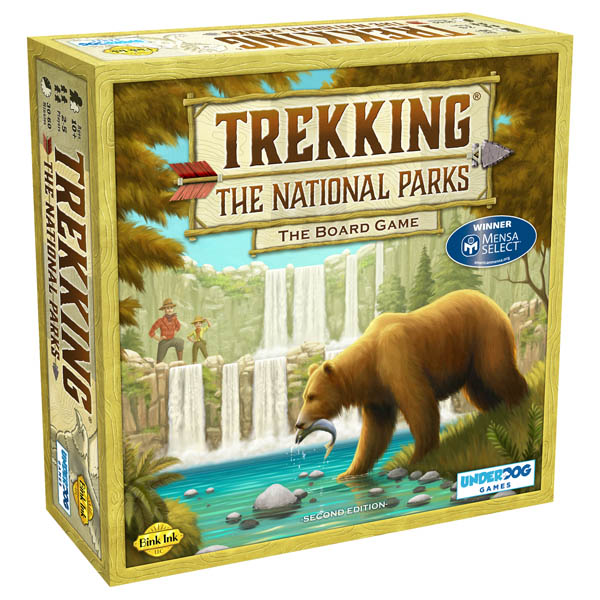 Trekking the National Parks Board Game

Produced by a family who personally visited every national park, this game will give you the trekking bug as well! Players compete to claim the most victory points by visiting and/or claiming parks, camping at the major parks, and collecting stones. The board is a map of the United States, with 45 national parks identified in their approximate location. Stones are placed on each park at the beginning of the game. Each turn, players choose two actions: Draw a Trek, Claim a Park, Move, or Occupy a Major Park. Trek cards have different icons and numbers and are used to move and to claim park cards. The first player to land on any park gets to claim the stone; you can only claim a park if it is one of the 3 park cards turned up at the bottom of the board and the right Trek cards are in your hand. If you visit and set up camp at a Major Park, you are granted some special abilities. Each park card has beautiful park photography and information, so you can learn as you play! 2-5 players, game time is approximately 30-60 minutes. ~ Megan

Powered by TurnTo
Review More Purchases | My Posts
5.0 / 5.0
4 Reviews
5 Stars
4 Stars
3 Stars
2 Stars
1 Star
4
0
0
0
0
Rated 5 out of 5
Such a fun game for the whole family. My 9 and 7 year old love it and it is not to complex fir them.
May 3, 2021
Jennifer L
Purchased
6 months ago
Rated 5 out of 5
I bought this game for my grandchildren and they absolutely love it! I ordered the game and it came very quickly!
January 31, 2021
Shelley R
Purchased
9 months ago
Rated 5 out of 5
Family fun game
My family really enjoys Ticket to Ride, and this game is very similar in nature (pun intended).

It's simple to learn and play. Would definitely recommend!
October 26, 2020
Nathan W
Purchased
1 year ago
Rated 5 out of 5
Great Game
My family has visited many National Parks and plan to see them all. My whole family enjoys playing the game.
July 2, 2020
Rahi K
Purchased
1 year ago 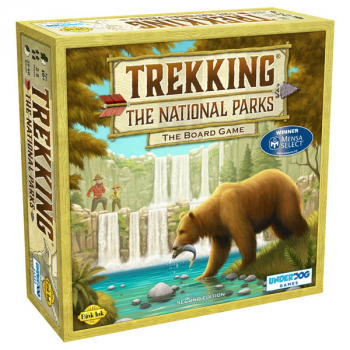