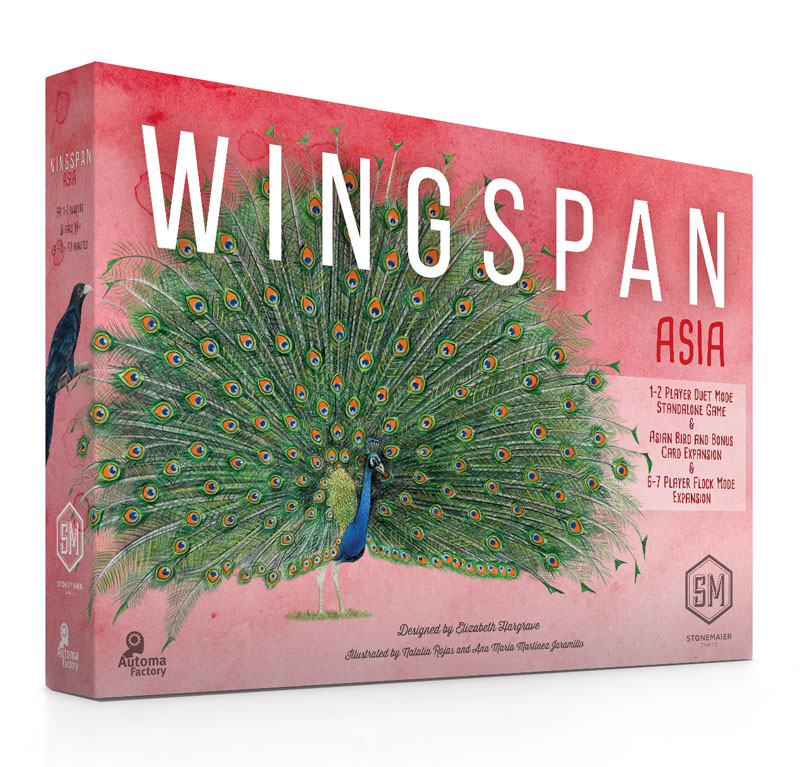 More Wingspan! This new version includes a stand-alone game for two players only. Fundamentally, this game plays the same as multi-player Wingspan but there is a new end of round goal board for the two-player version only. When setting up the game as a two-player experience, players receive fifteen unique markers that start in each of the player board spaces where bird cards are played. When a player puts a bird card on their board, the token in that space moves out and the player adds it to the end of round board, which has three zones – one for each of the environments (woodlands, grasslands and water). Players put the token in the matching environment zone and on a space that corresponds to an attribute that the bird they played possesses such as one of the foods they eat, a wingspan range, a nest type or which direction the beak faces. For example, in round one, the end of round goal might be the most nest symbols on birds played. In that round, players would try to put goal tokens on spaces that match the nest type of the played bird. At the end of that round, the player with the most markers on a nest type space would win that goal. Each round, only the player with the most tokens that matches the goal receives points and the other player receives no points for that end of round goal. Other than the new end of round goal board, game play is the same as for multi-player Wingspan. The player boards have second sides that include nectar spaces so that Oceanic expansion cards can be used with the two-player game as well as core game cards and European expansion cards. This expansion also includes an automa mode for solo play as well as a new “Flock Mode” that uses the new player boards to expand a multi-player Wingspan game to a 6-7 player experience. However you choose to play with this Asia expansion, it offers variable modes and new ways to enhance your Wingspan experience with a game time of 40-70 minutes.

In this third expansion to Wingspan, we welcome new species to our habitats by exploring the vibrant, intriguing, and magnificent birds of Asia. These birds were chosen from the over 2,800 species that live in Asia.

Wingspan Asia is several different things: A stand-alone game for 1 player or 2 players (Duet mode that can be used with any bird/bonus cards), a card expansion to the original Wingspan (any bird/bonus cards across any Wingspan game or expansion can be combined), and a 6-7 player expansion via the new Flock mode (for which the player components from the core game are necessary). 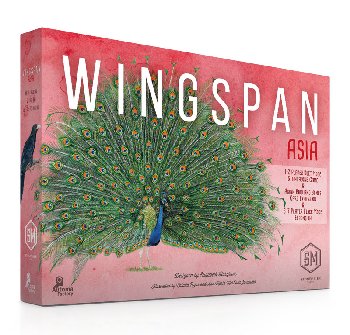