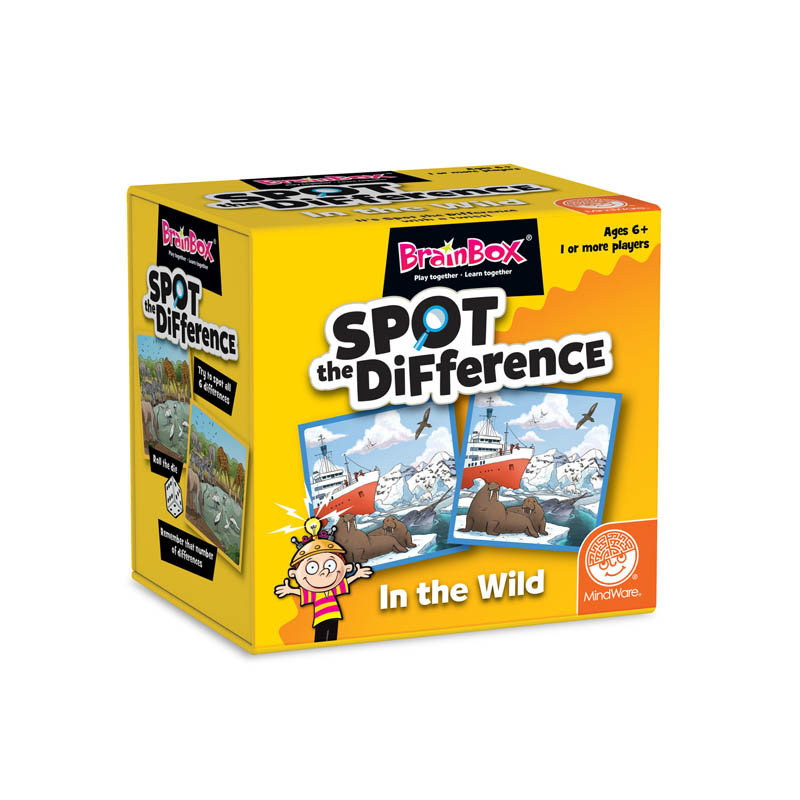 Brainbox Spot the Difference: In the Wild

It’s Spot the Difference with a twist! In this great game for one or more, you have a limited time to study two versions of a scene before you flip the card try to recall a certain number of differences from memory. There are four versions of each scene to keep the fun going even in a long car ride! Spot the Difference In the Wild includes creatures great and small from all around the globe: rainforests to coral reefs, Antarctic penguins to garden creepy-crawlies. It’s a whole world of wonderful wildlife!

Hone your observation skills and practice short term memory with Brainbox Spot the Difference games. Players must first spot the 6 differences between the scenes, then recall a number of those differences (determined by the roll of a dice) from their memory. Adding to the challenge, there are four different possible versions of each scene. Family Fun shows scenes of activities like going to the beach and camping; while In the Wild includes scenes of animals.

Is Brainbox a trivia game or a memory game? Actually, it's both! Each Brainbox game consists of approximately 50-70 game cards, a sand timer, and a die. To play, the first player selects a card and turns over the ten second hourglass. After studying the image on the front of the card for ten seconds, the first player rolls the die and passes the card to the second player. The second player then reads the numbered question on the back of the card that corresponds to the rolled die number. The questions test the player's ability to remember information from the card, such as countries, state capitals, flags, animals, works of art, and more. If the player gets the question right, they get to keep the card; if not, the card goes back into the game box. The player that has the most cards after ten minutes wins! ~ Lisa

Primary Subject
Games, Puzzles & Toys
Grade Start
3
Grade End
AD
EAN
889070408158
Format
Other
Brand Name
MindWare
Weight
1.1 (lbs.)
Dimensions
4.75" x 4.75" x 3.5"
Powered by TurnTo
Questions that need answers | My Posts
Start typing your question and we'll check if it was already asked and answered. Learn More
Do not include HTML, links, references to other stores, pricing or contact info.
My question is about: 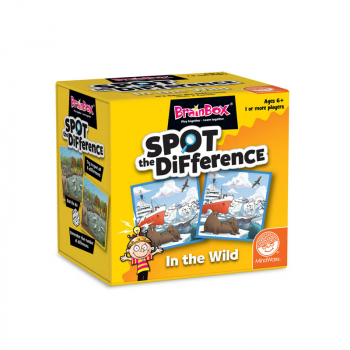 Brainbox Spot the Difference: In the Wild
Item # 019571
Our Price: $16.95
In Stock.
Add Group
Continue Shopping Proceed to Wish List