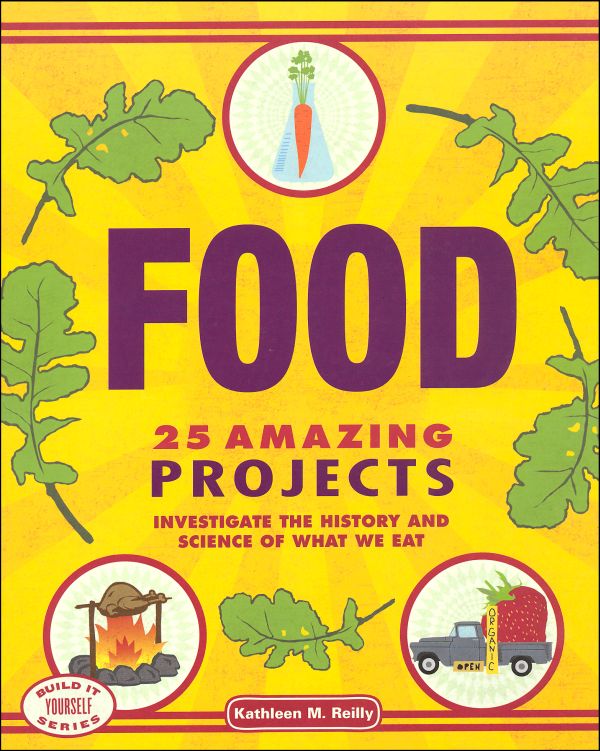 This book is more than just recipes it's an educational experience with the science and history of food - 124 pages of recipes, vocabulary, projects, and facts. Do a short unit study on food or use this book to supplement your curriculum you will learn things about food that you never knew before. The content of the book is divided into categories and each includes information (history and facts) on a particular topic, vocabulary, and projects. For example, in the section titled 'Food & Cultures' learn about staple foods for different countries. Rice plays an important role in the Asian culture. A person in Asia eats about 300 pounds of rice every year, while the average American eats only about 25 pounds of rice. Potatoes came originally from South America but were introduced to Ireland and became a staple food for them. A disease called 'potato blight' affected the crops and caused "The Great Famine." The population of Ireland dropped by half through death and migration. Maize (corn) is a staple food for Africa and is often flavored with yams, cabbage, or turnips. The United States is so diverse that what we eat may be affected by the area in which we live, but we usually can't name one food on which we are dependent. Immigrants affect local cuisine which is why you might find certain ethnic foods within a certain area, and there have been times in our history when certain foods have been rationed. Projects to accompany these topics are making a potato maze using a shoebox, making a 'ration cake' which is eggless and milkless, and making an African cornmeal cookie called a 'Gali Akpono.' Food safety, nutrition, packaging, conservation and much more are covered in the pages of this book. Although educational, this would be one of those 'just fun to do' units. It might be a good study for summer, for a co-op, or something to just do as extra for a few weeks during the school year. After reading this book, I sure want to go home and try some of the unusual foods (but not the bugs!). ~ Donna

Unit study guides are like one unit of a curriculum unit study. They are meant to be used for a shorter amount of time to study a specific topic using this approach.

Talented homeschoolers are increasingly developing and producing unit studies not just for their own families, but to share with others. This is so exciting to me! For years, public school teachers have had outlets to share the products of their research and labors with fellow teachers. Now homeschoolers are doing the same - allowing others to reap the benefits. Each author has her (or his) own style - each unit study here is unique in its execution and focus. Someday, I hope this section will be brimming over with units! What a learning experience to see another perspective on a topic! For busy moms who like the unit study method but can't prepare their own from scratch, this section could become a treasure trove!

Although we receive a lot of "prospects" for this section, we try to limit our selections based on the following preferences. Basically, we avoid "no help" studies that give you little more than an outline to follow with suggested resources. Preference is given to studies that are "exciting and inviting", products of obviously thorough research and compilation, ones that provide some "meat" or base to work from (either a couple of basic resource books, or self-contained), and interesting, educational activities that are not just "busywork."

What is a "unit study"? Briefly, it's a thematic or topical approach to teaching as opposed to the traditional by-subject approach. Rather than teach each subject separately, a unit study attempts to integrate many or all subject areas into a unified study - usually centered around a particular subject or event. Obviously History (the study of events) and Science (the study of "things") are well-suited to unit studies, and usually form the "core" around which other subjects are integrated. Subjects like Bible, Geography, Government, English (writing), and Reading/Literature, Music, Home Economics, Life Skills, and Art, are usually easy to integrate around a core topics. Remaining subjects (Math, Phonics, Grammar, Spelling) can be integrated to some extent via related activities. Each, however, has its own "system" (progression of skills, mastery of "rules") which must be followed to some degree. Since one of the additional advantages of a unit study curriculum is the ability to use it with students of varying ages and skill levels, these subjects are generally taught apart from the core curriculum. This may be as simple as assigning pages in a grammar or spelling book, or using a separate "program" for Phonics and Math. Unit studies also tend to be more activity-oriented than the traditional approach, a real boon to kinesthetic learners. Advocates of the unit study approach site studies showing that children learn best when learning is unified rather than fragmented and when learning is more participatory than passive. 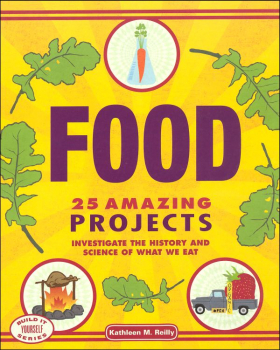