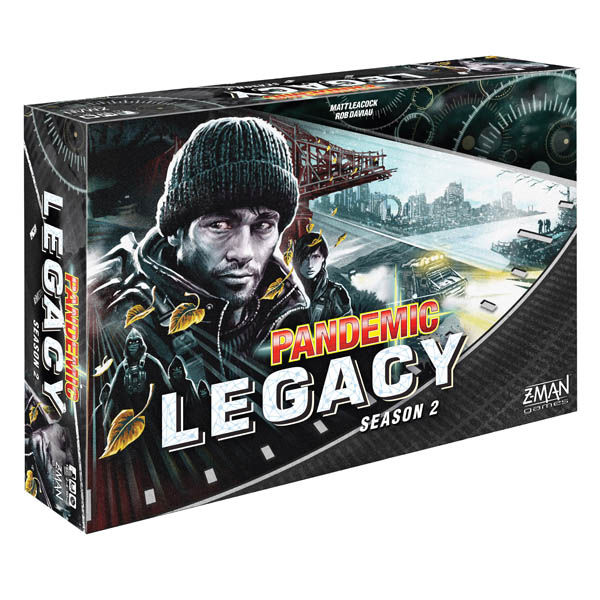 Pandemic: Legacy takes everything that makes the original Pandemic so wonderful and turns it into a "persistent campaign" in an ever-changing series of scenarios. The basic gameplay is virtually unchanged in the beginning; players take turns flying to disease hotspots, treating infection, and searching for a cure. But instead of a self-contained 45 minute game, Legacy is played over the course of 12-24, 45-minute "Months" (or sessions) as the story-arc unfolds. Instead of packing everything up and starting again, the game continues from the last Month played. New "Legacy" cards are drawn, adding rules and creating events, but there's no reset button! This means that components will be altered during the course of play: cards will be drawn on or ripped up; characters can gain skills, penalties, or even die during the course of the campaign. Once you make it through all 12 months, that's it! Please note that the components for Legacy Season 1 are identical to Pandemic with key additions. That means you can learn and play the base game of Pandemic without using the Legacy rules!

Season 2 is a completely new scenario set in the post-apocalyptic world of Pandemic, after most of the world has succumbed to the ravaging plagues. Identical to #017392 apart from the design.

Embark on an epic adventure to bring humanity back from the brink of extinction in this standalone follow-up to the acclaimedPandemic Legacy: Season 1. Black and Yellow Editions have variant covers; game contents are the same.

The world almost ended seventy-one years ago. A virulent plague came out of nowhere and ravaged the world. For three generations, small groups of survivors have struggled to keep the world alive. Operating from floating stations known as "havens," they have maintained a loose network of the largest cities by delivering supplies to the mainland. But their efforts are no longer enough. Cities are falling off the grid and supplies are running low. The world needs a group of heroes to emerge and lead it through this crisis. In Pandemic Legacy: Season 2, this task has fallen to you. You must reestablish supply lines and get the world back on its feet. Along the way, the decisions you make affect future games. As you play, you will unlock new components, make new discoveries about your world, and stumble upon secrets that could change the course of history. No matter what happens, though, the world is counting on you. You are humanity's last chance.

If you think cooperative games are just for kids, this brilliant game will change your mind! 2-4 players work together as members of a highly skilled task force as they try to cure four infectious diseases spreading throughout the different regions of the world. Each player may perform four actions per turn including treating a disease, traveling to another city, or passing a card to another player. Randomly chosen role cards assign occupations to each team member at the beginning of the game and provide different advantages to the basic actions, based on the unique skill set of that member. With outbreaks looming and epidemics increasing the rate of infection at unknown intervals, you'll need seamless teamwork and careful planning in order to discover the cures and save the world. Built-in features such as random shuffling, five different role cards, and a flexible amount of epidemic cards provide a different game every time and allow for easier to harder levels of play. A very cleverly designed game that will take all your wits and may still beat you! 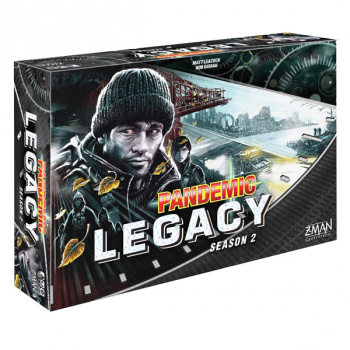