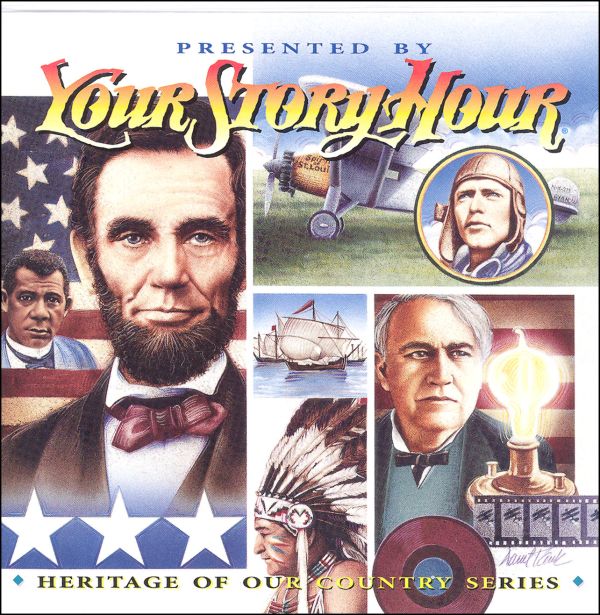 Heritage of Our Country Album 6 CDs

Category Description for Heritage of Our Country - Album 6:

Don't waste that valuable educational time in the car. Use it for character development, learning history, or just for good entertainment. Originally designed for a radio audience, these stories are professionally written, enacted, recorded and produced, complete with music and sound effects. Stories are from the Bible, history, literature and everyday life. Albums generally contain 12 half-hour cassettes. Join Uncle Dan, Aunt Sue and Aunt Carole for inspiring excitement and entertainment.

If you ask my adult children about their childhood they will tell you how much they enjoyed Your Story Hour. These dramatized audio CDs presented my children with heroes to admire.

Books were the mainstay of morning lessons. But with audio we learned in our leisure, too. On a rainy afternoon or during summer vacation we heard stories (enacted by a professional cast) of men and women of the Bible, of history or science, and of less famous people who took steps of faith, ingenuity, generosity and courage.

I like the respectful flavor of these recordings - some first heard on radio as early as 1949. I praise them highly because I've not heard educational audio this enthralling. True-to-life episodes do not hide struggles, pain and even character flaws. Therefore, triumphs are all the more inspiring. We believe that we too can develop a more godly character and succeed in our endeavors - even among difficulty.

With Your Story Hour children are led to look-up-to and unconsciously imitate those men and women who live purposeful lives, who regard sincerity, selflessness and purity among the highest virtues. Modern education is wishy-washy with blurred lines of good and evil. In our homeschools we can joyfully use heroism, with its roots in Christian virtue, to its fullest advantage. Isn't this an important and empowering part of a Christian education?

After purchasing one album we began collecting others. A favorite of ours is album #7, "Patterns of Destiny on 12 CDs." A partial list of its heroes: John Bunyan, Florence Nightingale, George Mueller, Clara Baron, Louis Pasteur, Dwight L. Moody, George W. Carver.

Powered by TurnTo
Review More Purchases | My Posts
5.0 / 5.0
2 Reviews
5 Stars
4 Stars
3 Stars
2 Stars
1 Star
2
0
0
0
0
Rated 5 out of 5
I have two lower elementary children and a toddler at home and we tend to take a lot of road trips We were introduced to these awesome CDs by a godly HS mom and our whole family has enjoyed these stories tremendously We have learned about the heroic lives of George Washington Louis Pasteur and DL Moody just to name a few as well as other heroes and heroines not well known Most of the characters go through some challenges and struggles but through faithfulness and perseverance and the grace of God they learn to overcome and prevail The biographical stories are full of historically contextual information yet remain simple enough for our children to follow without a problem Each time we listen to it though there's something new to catch The actors do a great job and listening to their now familiar voices are like listening to old friends The stories can serve as wonderful introductions or great reviews of history science or Bible This one is truly for the enjoyment of the whole family We love it
May 3, 2008
Karen Suh
Rated 5 out of 5
"Good Morning Aunt Sue" "Hello Uncle Dan" The familiar voices of Aunt Sue and Uncle Dan introduce us to yet another exciting adventure The "Your Story Hour" albums bring history alive inside your house or car by using realistic sound effects and dramatic voices that sound just like the characters they're portraying We feel like we've spent an hour with Columbus and his wife or experienced the excitement of Louis Pasteur in his lab when he experimented with vaccinations We really do feel like we get to know the person their struggles dreams and their experiences It's nice to sit back and enjoy a historical figure do the teaching for you in person! Many albums also have a set of accompanying quizzes crossword puzzles matching activities etc sold separately
March 9, 2008
Sarah Germeroth 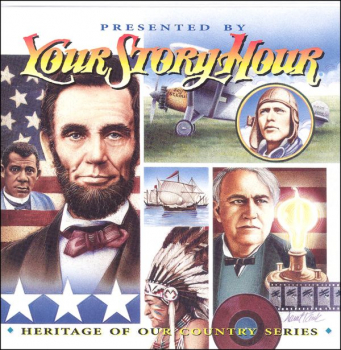