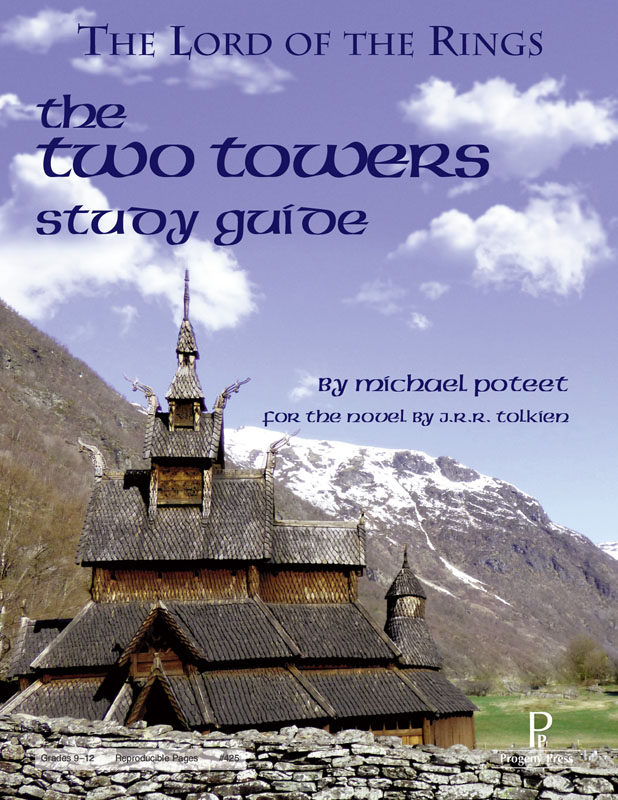 The Story of Progeny Press from Rainbow Resource on Vimeo.

The second book in Tolkien's classic Lord of the Rings series.

The Fellowship is broken.

Aragorn, the heir to the kingdom of Men, Gimli the dwarf, and Legolas the elf begin a race against all odds to rescue the hobbits Merry and Pippin, who have been abducted by Orcs. During their search, they encounter the Riders of Rohan who warn them that the forces of the Dark Lord, Sauron, and Saruman, the wizard who betrayed Gandalf and the rest of his order- threaten King Theoden and the people of Rohan.

Only Frodo and Sam are left to continue taking the One Ring on into Mordor to attempt to destroy it. They are guided by Gollum, a deceitful and dangerous creature who secretly wants the Ring for himself.

War, treachery, unexpected allies, and the joyous return of an old friend keep your heart pumping throughout this continuation of Tolkien's epic myth.

All of the unit lessons are written from a Christian perspective!

The best way to describe these wonderful books is "literature and Bible study rolled into one." Truly from a Christian perspective, these classic and award-winning books are examined in the light of God's Word and a Biblical worldview. The author sent us several review copies and they are wonderful!

- a concise synopsis of the book

- information about the book's author

- background information pertinent to the story

- suggestions for activities relating to the subject matter

- vocabulary exercises for each section of reading

- comprehension, analysis, and application questions for each section of reading with discussion of related Biblical themes

- a complete answer key and suggestions for further reading

Their brochure states "Our goal is to teach students of all ages to examine what they read, Christian or secular, classic or contemporary, and value the truth it contains as measured against the Bible." A worthy goal indeed! If you want to study great literature from a Christian perspective, here's your answer! If in doubt, try just one - we're sure you'll be back for more!

Progeny Press guides are available in two formats: softcover staplebound booklets and CD-ROMs. The CD-ROMs originally featured printable .pdf files, but Progeny Press is now transitioning these to interactive .pdf files. Inspired by a tax software, these files are able to be used by the student on the computer, or printed out. Questions in the files have text boxes to type in or buttons to select, so you won't have to print worksheet pages if you don't want to. Plus, users can grade their answers and leave notes as well! Upper Elementary through High School CD guides are now interactive, while Lower elementary 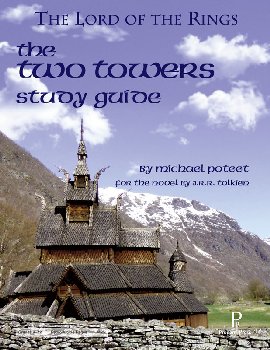