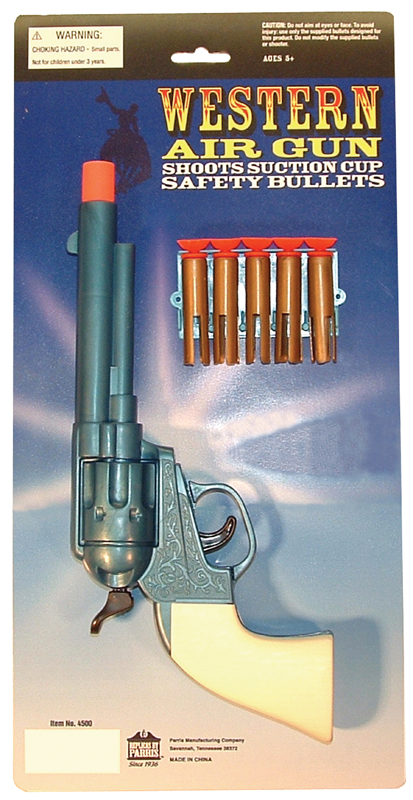 Howdy, partner. I been hearin' some rumors down yonder about some cattle rustlers, an' I don't think a sheriff can do it all by his own self. What do ya say- wanna be my deputy? 'Course, you'll need a good, safe gun for this business. I m'self am partial to the Western Dart Guns-they're quick, clean, and they get the job done. I've seen a man get stuck with a suction dart from up to 15 feet away! Ol' Jesse James himself couldn't do that, I reckon.

Category Description for ACTIVE PLAY / OUTDOOR TOYS:
Primary Subject
Games, Puzzles & Toys
Grade Start
1
Grade End
AD
Note 1
This item cannot be shipped to California. It will
Note 2
be automatically cancelled if shipping to California.
EAN
047379245007
Format
Other
Brand Name
Parris Manufacturing
Weight
0.3 (lbs.)
Dimensions
15.0" x 7.5" x 1.5"
Powered by TurnTo
Questions that need answers | My Posts
Start typing your question and we'll check if it was already asked and answered. Learn More
Do not include HTML, links, references to other stores, pricing or contact info.
My question is about: 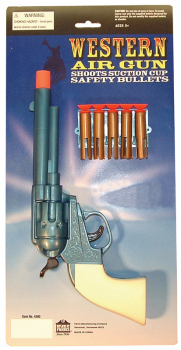