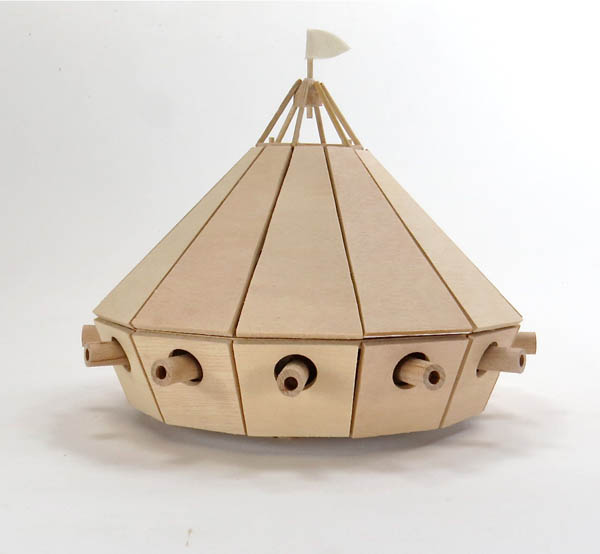 Leonardo Da Vinci was a prolific inventor and artist who came up with amazing ideas for machines to attack and defend the Lords and Dukes of the time. This armored tank is a unique design that had never been seen before and had an interesting drive train of gears to make it move. His gear design was technically incorrect, and many have hypothesized that he did it on purpose (in case the drawings were found by an enemy), and others thought that he did not understand what he had done. Judging by the incredible detail on so many of his machines drawings, it is unlikely he didn't know what he was doing, perhaps he was just having some fun!

We did not put the gears on the wheels (it is really small in there!) but the rest is all there, along with a platform for a lookout, and a removable top, so put on some Renaissance music and lets have some fun making one of Leonardo's iconic machines! 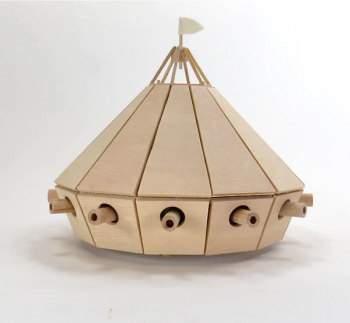