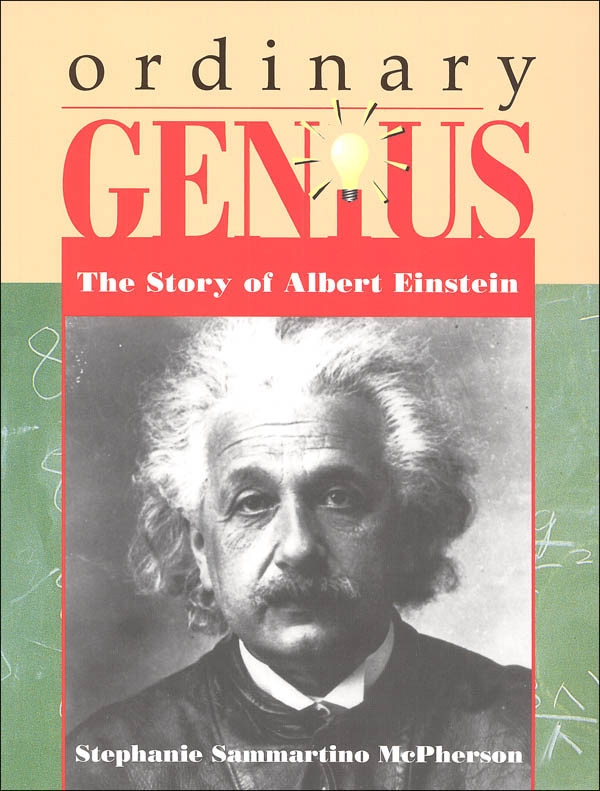 Independent thinker, obsessive genius, mad scientist: each of these describes the man well known for his understanding and advancement of scientific thought. But who was Albert Einstein? What compelled him to dedicate his life to the sciences? Bringing Science and history alive, this engrossing book shares the life and times of a man considered genius. From his struggles in elementary and high school to his Swiss High School, where he was surrounded by teachers who encouraged his learning and back again to the Polytechnic school where learning was again mundane. We also come to know Mr. Einstein as a husband and father, whose pursuit to understand the secrets of the universe challenges familial relationships. We also experience his scientific marvels eclipsed by racism and war, leading to his US citizenship in 1940. Compelling read for middle-schoolers or family read aloud. Includes black and white photographs and illustrations, additional explanatory notes, bibliography and index. SC. 95 pgs. ~ Deanne

What do you think of when you hear the name Albert Einstein? Perhaps you picture an old man with rumpled clothing, a halo of wild white hair, and an impish grin. You might know that he developed two of the most important and complex theories in science, the theories of relativity. You probably think of the word genius. Albert Einstein may have been a genius--but he was also much more than that. Einstein was a man who hated violence and took a stand for peace in the world. He was a man who was proud to be Jewish and worked to ensure a better life for his people. And he was a man who never took himself--or his fame--too seriously, and only wanted to be treated like an ordinary person and live an ordinary life. 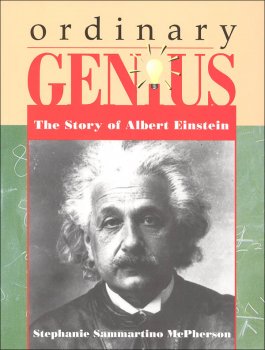