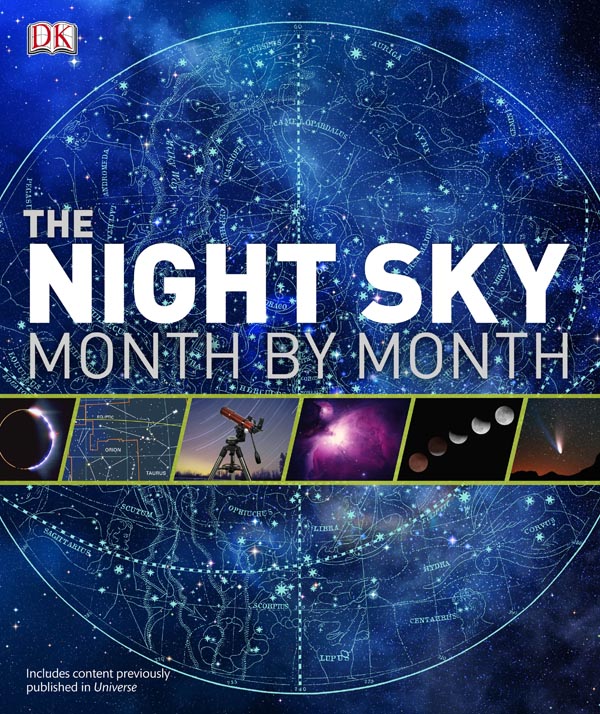 I don't know very many people who can suppress a big sigh at the awesomeness of a clear, starry night. Staring up on a cloudless night, you will observe a sea of thousands of stars, but can you pick out the constellations hiding in plain sight? This 128-page, hardcover DK book is a very detailed resource that can assist your whole family in the task of star and constellation identification. In true DK fashion, there are many illustrations, photos, and pictures. The book begins by explaining the scale of the universe, measuring distance using light years, celestial sphere and coordinates, sky movements, eclipses, and planetary motion. They even have two pages on choosing the correct viewing instrument binoculars or telescopes. Pages 18 115 are the monthly star guides. Each month includes a monthly overview, monthly highlights, and whole-sky charts for both the northern and southern latitudes. The overview pages, two per month, include stars of significance that month, sights of interest, and any special events such as meteor showers. These pages also include diagrams to show the positions of major constellations and star clusters visible and suggest the best way to observe some of the formations. The whole-sky charts are a full-two page spread for each of the southern and northern latitudes and include additional information in the margins referencing star magnitude, deep-sky objects, points of reference, motion of the stars, and observation times.

An almanac for 2011 through 2019 is included after the monthly star charts, which notes the phases of the moon, eclipses, and motions of the planets. This year in 2014 there is a total eclipse of the moon visible from North America, South America, and New Zealand on April 15, another lunar eclipse on October 8, and a partial solar eclipse on April 29 (visible from West Australia). A one-page glossary helps you with any terminology that may be new or unfamiliar. 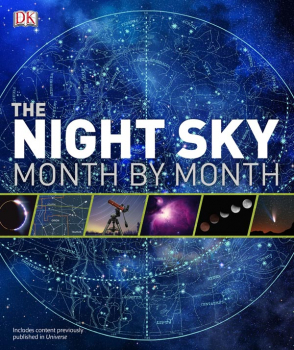