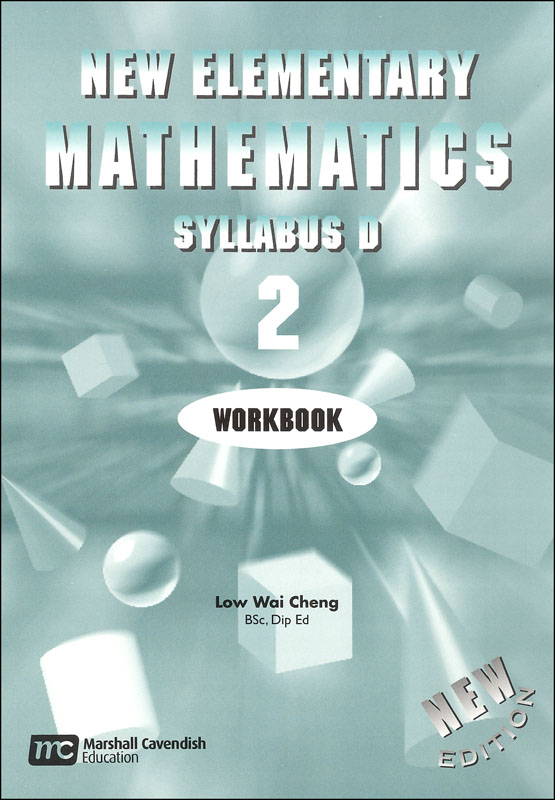 Don't let the title of this series fool you. “Elementary” refers to “the basics,” as in the basics of higher-level mathematics. New Elementary Math (NEM) 1 and 2 respectively cover introductory and intermediate algebra.

There’s quite a jump from Primary Math 6 to NEM 1 (7th grade). NEM 1 requires greater discipline on the part of the student because there is an intense amount of computational practice to be done. NEM course books are four times thicker than Primary Math textbooks. NEM takes a straightforward approach which emphasizes concepts, applications, and mathematical reasoning.

Each level requires one course book and one teacher’s guide (NEM 1, NEM 2). One supplementary workbook containing extra practice problems is available for each grade.

Course books have plain black and white pages with two-color diagrams and graphs. Although the texts are visually unexciting, they contain clear and simple explanations. As the student progresses to higher levels, course book explanations become more technical. Each lesson contains written explanations, worked examples, and an exercise set. Most lessons also include a class activity. Exercise sets are graded, with harder problems located towards the end of a set. Chapter reviews summarize main ideas and definitions but do not include review problems. For review problems, try the corresponding workbook problems for that chapter. Each chapter ends with a Challenger problem set and a Problem Solving section. The Problem Solving section describes and provides exercises for different problem solving techniques (guess & check, working backwards, using models, etc). After every few chapters, there are Revision, Miscellaneous, and Investigation exercises. Revision and Miscellaneous problems provide cumulative review, while Investigation exercises help build higher-order thinking skills. Each course book provides two sample final exams. Answers to both finals plus all lesson, revision, and miscellaneous exercises are located in the back of each book. Solution manuals are available. A Quick Revision Guide is included with the purchase of each course book. The guides are thin booklets consisting of study sheets on main ideas for each chapter.

Workbooks are more like non-consumable exercise banks. Students must show their work on a separate piece of paper. Problems provide specific instructions on when and when not to use calculators. Unlike Primary Math, workbook exercises are not directly correlated with the course book. In general, workbook exercises for each chapter should probably be completed before moving onto the next chapter. The workbook also contains sample tests and exams. Tests cover two chapters, and they usually consists of 6-8 multi-part, free-response questions. Midterms/final exams are longer.

Like the Singapore editions of Primary Math, NEM course books only cover metric units. Slightly different conventions and notation are also used in NEM. For example, spaces instead of commas are used to separate numbers with four digits or more. Repeating decimals are not designated by a bar, but by placing dots above the first and last digits in a repeating set. Time is expressed in military time, and a space is used to separate hours and minutes. For example, 2:30 pm would be written 14:30.

Compared to Saxon, NEM begins introducing algebraic concepts earlier, generally includes more complex geometry problems, and covers more trigonometry. However, Saxon’s Algebra 2 course covers a wider variety of topics, including polar coordinates, imaginary and complex numbers, and logarithms. In Algebra 2, students must solve 3 by 3 systems of linear equations, while NEM only covers 2 by 2 systems. Also, NEM is extremely weak in coordinate graphing. The slope-intercept method of graphing lines is also not covered. Instead, students graph equations by plotting points from an x-y chart. Systems of equations are primarily solved by algebraic manipulation; graphical interpretations are not emphasized. This approach to solving systems may be difficult for students who need visual representations in order to understand algebra.

Category Description for COMPREHENSIVE PROGRAMS - ALL GRADES:
Primary Subject
Mathematics
Grade
8
ISBN
9789812719430
Format
Softcover Book
Brand Name
Marshall Cavendish
Weight
0.65 (lbs.)
Dimensions
9.5" x 6.5" x 0.25"
Powered by TurnTo
Questions that need answers | My Posts
Start typing your question and we'll check if it was already asked and answered. Learn More
Do not include HTML, links, references to other stores, pricing or contact info.
My question is about: 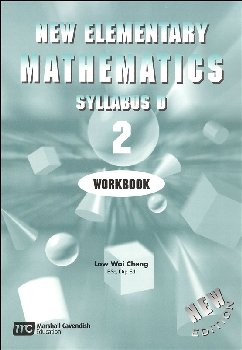