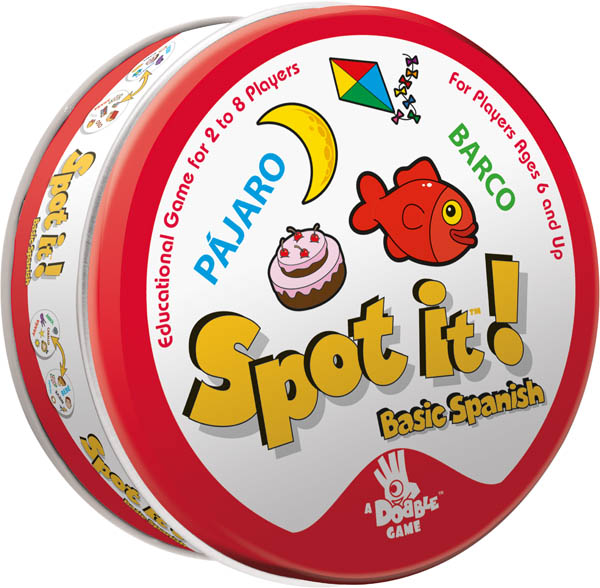 I am wondering where you saw the "in stocka" notation. Every place I looked said it was out of stock.
0
BEST ANSWER: I'm sorry for the confusion. Yes, this item is no longer available. It was discontinued by the publisher. I would expect the only place to get a set would be a store with remaining inventory or as a used item.

I am wondering where you saw the "in stocka" notation. Every place I looked said it was out of stock.
Vote for the best answer above!

Powered by TurnTo
Review More Purchases | My Posts
5.0 / 5.0
3 Reviews
5 Stars
4 Stars
3 Stars
2 Stars
1 Star
3
0
0
0
0
Rated 5 out of 5
A must have for Spanish class
This game is very engaging. Students learn basic vocabulary while playing. There are 3 ways to play it. Students in my Spanish I, II and III classes have enjoyed it. I only wish they would make more Spot it with different themes, like food, sports, family, seasons, verbs etc.
October 16, 2017
Janny A
Purchased
over 4 years ago
Rated 5 out of 5
Get It
This game is well worth the money. It can be played with up to 8 players. You don't have to wait for anybody to take their turn. You are constantly engaged. This game keeps the attention of a wide range of ages. The cards and instructions fit neatly in a little tin, so you won't have to store a large cardboard box and your children will not accidently rip the corners of said box when they try to put the lid on.

The makers of this game say it is for ages 6 and up. If Spanish is not your first language, it is better for age 8 and up because the players need to know how to read some words in Spanish. I wouldn't expect a child who is just starting to read English, to also learn Spanish phonics.

I think you should have studied Spanish for at least a few months before getting this game. This is a fun way to practice Spanish.
October 26, 2016
loretta d
Purchased
over 5 years ago
Rated 5 out of 5
¡Muy divertido!
Fun game - I have 6 now so I can use it even in my class of 30! ?? This has more words than the English version, which I would prefer it did not, but it is still a good learning/practice tool.
October 7, 2016
Deborah S
Purchased
over 5 years ago 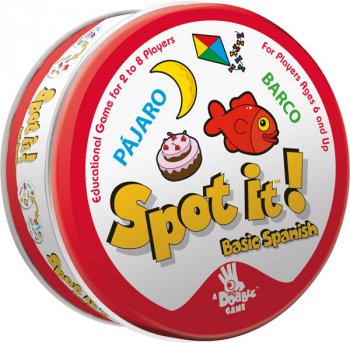