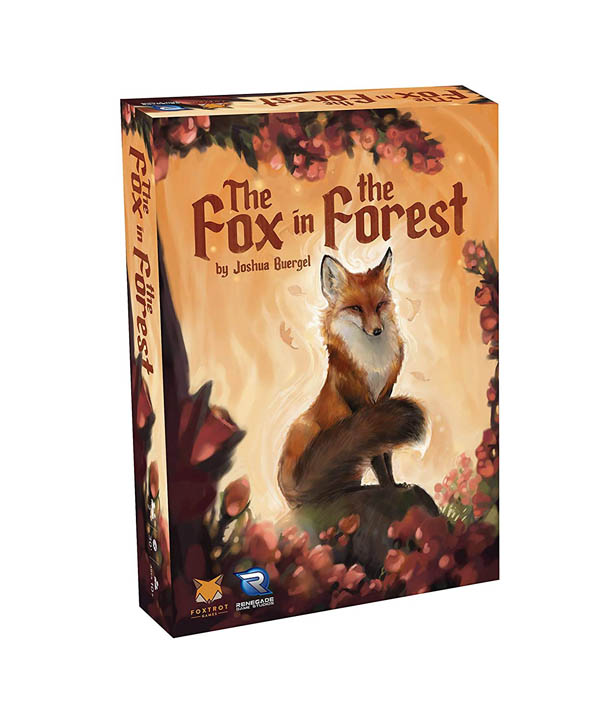 Fox in the Forest Game

Inspired by classic fairy tales, this whimsical trick-taking card game pits two players against each other. But like any good fairy tale, greed only leads to losing! The deck consists of 3 "suits numbered 1-11. Each round, players are dealt 13 cards from a deck of 33, with the next card's suit serving as "trump for the round. Players take turns playing a card of their choice from their hand, with the larger number winning and scoring a trick for the player. Adding spice to this simple concept are special character abilities on each of the odd-numbered cards; these allow players to lead after losing, to force the other player to play their lowest card in a suit, or even to change the trump suit. The first player to reach 21 points over several rounds wins. An excellent travel game. For 2 players. ~ 30 minutes.

Once upon a time, a woodcutter and his daughter lived in a small village bordering the forest. She had traveled with him and had seen him speak with the forest animals.

The Fox in the Forest is a trick-taking game for 2 players. Utilize the special abilities on the Fairy Tale characters to change the trump suit, lead even after you lose a trick, and more. The beautiful illustrations of the unique characters will help you quickly analyze your options.

Score points by winning more tricks than your opponent, but don't get greedy! Win too many tricks, and you will fall like the villain in so many fairy tales.

Category Description for Fox in the Forest:
Primary Subject
Games, Puzzles & Toys
Grade Start
4
Grade End
AD
EAN
859930005742
Format
Other
Brand Name
Renegade Game Studios
Weight
0.35 (lbs.)
Dimensions
6.25" x 4.5" x 1.25"
Powered by TurnTo
Questions that need answers | My Posts
Start typing your question and we'll check if it was already asked and answered. Learn More
Do not include HTML, links, references to other stores, pricing or contact info.
My question is about: 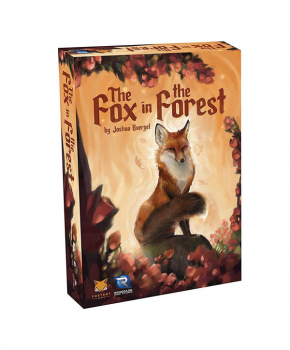