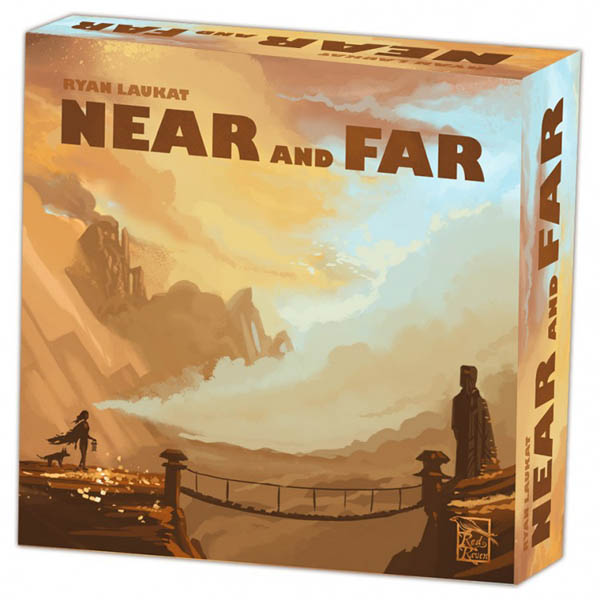 Near and Far Game

Designed and illustrated in the same whimsical style as Above and Below, Near and Far is a light adventure game centered around completing quests and collecting artifacts. Instead of a single board, the playing space consists of 11 “maps” with their own ongoing stories to be played individually or across a campaign. Players begin with a single adventurer who moves around the map. Each turn, players choose to visit town, or continue adventuring. Town acts as a base camp in which players recuperate, recruit new adventurers or pack animals, gain food and equipment, trade, and stake claims to acquire resources. Adventuring is the heart of Near and Far. Players move their character onto the map, representing their party, and expend hearts (restricting how long they can adventure) as the move around the map. Spaces contain a handful of elements: Threats, Treasures, and Quests. Threats represent obstacles and monsters which must be overcome or bypassed to continue adventuring. Treasures are useful items that can be picked up by pack animals. Finally, quests give a narrative context to the adventure; an adjacent player reads the event, and the active player rolls based on their party’s skill to succeed and earn the associated reward. The game ends when one player has recruited a certain number of adventures, at which point each player’s items and accomplishments are tallied for points. Additional variants include mini-campaigns and full campaigns which stretch across ten maps. For 2-4 players ages 12 and up. 90 to 120-minute playtime.

Four wanderers search for the Last Ruin, a city that legends say contains an artifact that will grant the greatest desires of the heart. A lost love, redemption, acceptance, a family rejoined-- these are the fires that fuel the wanderers' journeys, but can they overcome their own greed and inner demons on the way?

In Near and Far, you and up to three friends explore many different maps in a search for the Last Ruin, recruiting adventurers, hunting for treasure, and competing to be the most storied traveler. You must collect food and equipment at town for long journeys to mysterious locales, making sure not to forget enough weapons to fight off bandits, living statues, and rusty robots! Sometimes in your travels you'll run into something unique and one of your friends will read what happens to you from a book of stories, giving you a choice of how to react, creating a new and memorable tale each time you play.

Near and Far is a sequel to Above and Below and includes a book of encounters. This time players read over ten game sessions to reach the end of the story. Each chapter is played on a completely new map with unique art and adventures.

Answer the call of the ruins and begin your journey. 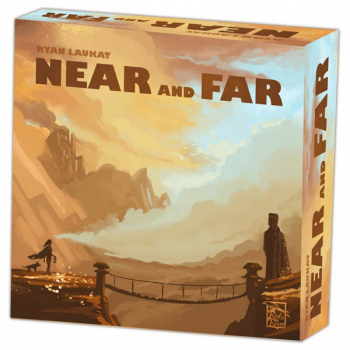