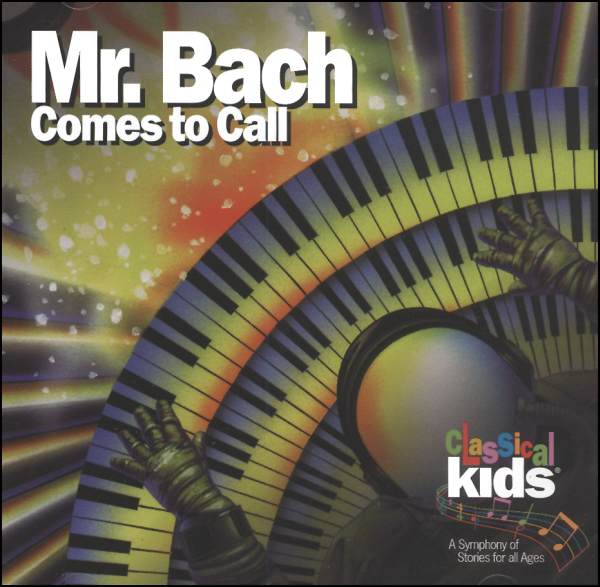 The story begins with the dramatic take-off of Bach's music into space aboard Voyager II. We then are taken into the living room of 8-year-old Elizabeth who is reluctantly practicing the well-known Minuet in G+. Mr. Bach appears to discuss and reminisce about his life and his music. In a lively and touching conversation, we learn about his life...his 20 children, his sojourn in prison, Anna Magdalena, and his music. Over two dozen of Bach's best-loved pieces stream through the recording, including Jesu, Joy of Man's Desiring, Air for the G-String, the Brandenberg Concertos and Orchestral Suites, the Flute Sonatas, the Goldberg Variations, the Art of Fugue, Organ Chorales and pieces which Bach wrote specifically for children.

Each audio is a unique combination of music, history and dramatic story-telling, designed to both introduce children to the composers and their music. Each story includes at least one child interacting with the composer, helping the younger set to identify with a character and get a better feel for the historical time period. Trials and triumphs of the great composers are experienced. Stories are based on historical fact. Unlike the Music Masters series, which uses a narrator between musical excerpts to tell you about the composer's life, these tapes use actors and dramatization to bring the story alive. Each composer's music is featured throughout the tape, giving children a taste of their best-loved pieces. All have won Parents' choice awards and other musical awards.

Powered by TurnTo
Review More Purchases | My Posts
5.0 / 5.0
1 Review
5 Stars
4 Stars
3 Stars
2 Stars
1 Star
1
0
0
0
0
Rated 5 out of 5
gift for my granddaughter
Noelle is my granddaughter, who I am teaching recorder and piano on FaceTime. She's very keen to learn, and I wanted to instill a love of Bach's music in her. This CD was ideal for that. She has listened to it several times, and is really enjoying it. My own children listened to the CDs in this series three decades ago, and I'm happy to be able to introduce them to the next generation.
May 15, 2021
Noelle A
Purchased
1 year ago 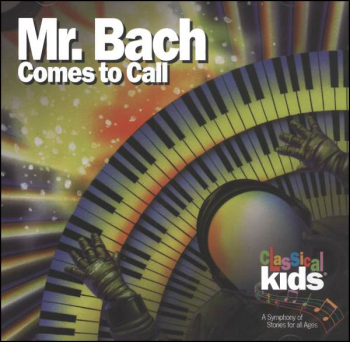